And he encouraged more local projects, scientific and otherwise, to bid for money from the £100 million UK Seafood Fund, which has been extended from 2024 until 31 March 2025 to help longer-term projects to succeed.

The MP said: “Whatever the other issues fishing in the isles faces right now this funding is to be welcomed and is an important investment in the long-term success of our fisheries.

“Research that is managed close to the fishing ports that are most directly affected is an important first step in rebalancing the relationship between the industry and scientists.

“The potential economic and environmental benefits to coastal communities from enhanced fisheries research are plain to see. It is a vote of confidence in our future.”

Carmichael met with the minister on Tuesday to discuss the benefits of fisheries research carried out by locally based institutions alongside the whole range of issues important to the local industry such as industrial-scale gill-netting, the competing interest of fishing and renewable energy developments as well as the post 2026 arrangements with the EU. 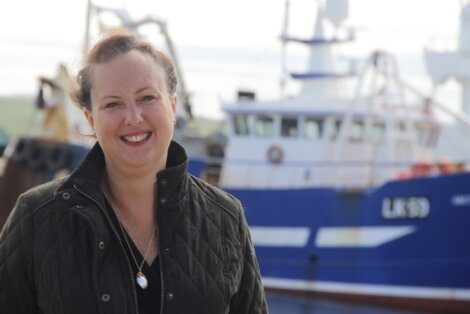 While in the isles, the minister announced 17 successful projects will share a total of £2.77 million made available in round two of the scheme.

These include a £18,000 grant towards a joint Shetland UHI/Shetland Fish Producers’ Organisation (SFPO) project that will collect scientific data on ling stocks.

“An outcome of this project will be the development of a proposal for a follow-on larger project around ling.”

Meanwhile, Marine Scotland’s science department in partnership with Marine Environmental Solutions Limited, owned by the Scottish Fishermen’s Federation (SFF), has been allocated a grant of £215,000 for work on using LED lights to reduce the by-catch of cod in the North Sea nephrops fishery.

A list of all the projects successful in attracting government grants can be found here.