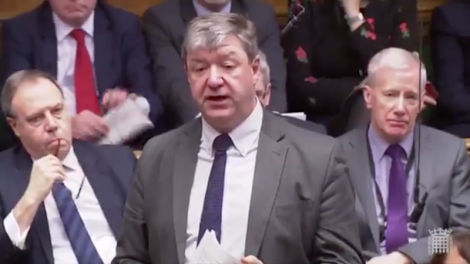 PRIME minister Boris Johnson has given a commitment to at least investigate the possibility of creating a dedicated support scheme for tidal energy as part of the upcoming Contracts for Difference (CfD) auction.

Challenged in parliament by Northern Isles MP Alistair Carmichael on Wednesday, Johnson said he was impressed by the proposals coming from the marine renewables industry.

Carmichael had earlier reminded the prime minister of his own words that now is the moment of turning words into action.

He said: “The prime minister is right that this is a moment for turning words into action, and one very small but very important action that he could take now, would be the creation of a ringfenced pot for the development of tidal stream energy in the next round of Contract for Difference auctions.

“This is a decision that has to be taken by the end of this month. Will the prime minister talk to his colleagues in BEIS (Department for business, energy and industrial strategy) and the treasury and make sure that it happens?”

Johnson said: “This is a point that I have heard several times from the benches opposite and I am very impressed by the tidal proposals that I have seen.

“What I will undertake to him is not to make an absolute commitment on the Contract for Difference but I will certainly go away and look at it again.”

There are a number of tidal stream energy projects in the Northern Isles at the brink of reaching market maturity, but since the closure of the ROC (Renewable Obligation Certificates) scheme to all new generation in March 2017 they have had no revenue support from government. 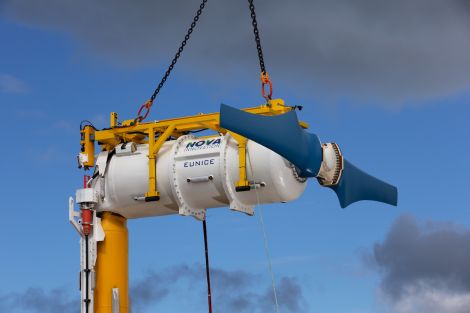 Carmichael said: “It is encouraging that the prime minister has agreed to look at support for tidal stream again.

“We have to hope, however, that he will do more than just look, as time is running out. We lead in tidal energy innovation in the isles and across the UK. We must build on that advantage.”

Contracts for Difference is the current government support scheme for renewable energy projects whereby successful bidders are paid the difference between a strike price and the actual cost of electricity on the wholesale market.

The next allocation round for CfD contracts will be open for applications from early next month.