ONE of the two Sumburgh based coastguard helicopters is currently marooned on the uninhabited island of South Havra after an unexpected landing there during a training exercise.

Pilots out on training on Thursday decided to land the helicopter on the island – located south of Burra – as a precaution after a technical issue was detected.

The four crew members were picked up by another aircraft soon after, but the helicopter remains on the island as it awaits more checks from engineers.

A spokesman for helicopter operator Bristow said: “A Sikorksy S92 aircraft operating from Sumburgh made a safe, precautionary landing on an uninhabited island in Shetland to allow for engineering checks following detection of a technical issue during a training exercise on Thursday, July 15, 2021.

“The four crew who were on board returned to Sumburgh on another aircraft, shortly afterward. Engineering checks will be carried out before the aircraft is returned to service.”

On Friday the other coastguard helicopter was seen on the island. 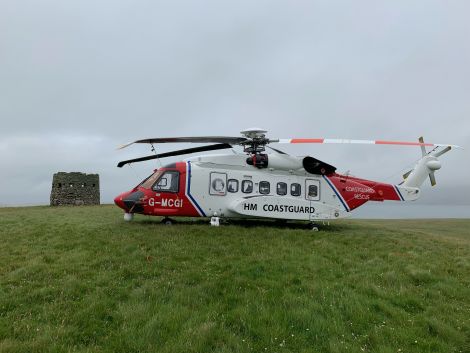 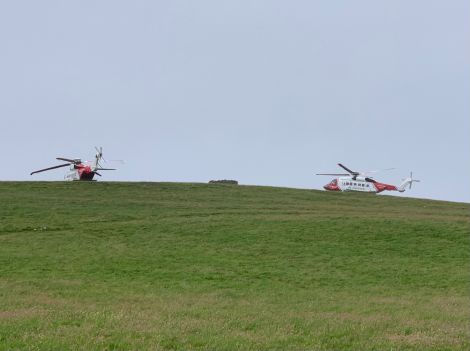 Two for the price one as the other helicopter arrives for assistance. Photo: Mark Fullerton

No need for reindeer as Santa flies high in coastguard helicopter

Ambulance service ‘doing best we can to get positive outcomes’