COCKTAILS delivered to your doorstep could become a reality if a new business venture gets the thumbs up from the authorities.

Jonny Sandison, from Scalloway, has begun applying for the necessary consents to allow him to create cocktails in his kitchen before heading out by car to deliver them to thirsty customers.

He is well known locally for his mixology, with Sandison previously holding cocktail making classes as well as serving up exotic drinks at some venues.

Sandison – who works for Lerwick Brewery – said the idea has been in the pipeline for some time, but the coronavirus pandemic has helped to speed things up.

He stressed that his venture still has to go through the necessary processes with the planning and licensing departments.

“I’ve always wanted to set up a proper established cocktail business like this, because nobody does it in Shetland,” Sandison said.

“There was a gap in the market regardless.” 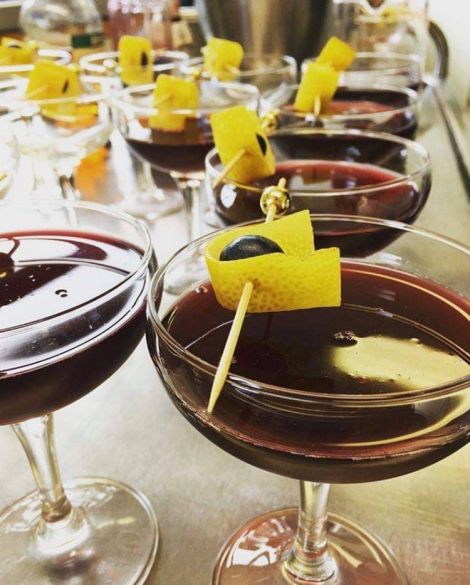 If it all goes ahead, orders would be placed online, with all the preparation and packaging taking place at Sandison’s home.

He would aim to cover central areas like Scalloway, Lerwick, Burra, Tingwall, Gulberwick and Quarff.

Sandison would deliver between 6pm and 9pm on Fridays and Saturdays, although he would aim to allow customers to order cocktails through the week.

The initial plan would be to offer cocktails in half-litre bottles, with three classics and one special available each week.

Sandison believes one other possible option could be to sell to pubs and cafes too.

At 26 years old, the Scalloway man says he has been making cocktails properly for about eight years.

But his interest in mixing drinks stems back to his early teens when he would try his hand at making cocktails at family parties.

From then on he became “obsessed” with watching video tutorials online as he tried to hone his craft.

“But really what gave me the space, time and encouragement was [working at] the Scalloway Hotel, particularly Peter and Caroline at the hotel, who said ‘nobody else does this, we’d be keen for you to learn how to do this’,” Sandison said.

“I just started playing about with things there, from books, from YouTube, and I taught myself how to do it.”

But to the all-important question – what his is favourite cocktail? “I’m a big fan of mix of the classics, really,” he said.

“If I had to go with one I would either say something like a whisky sour or a margarita, but I love martinis, negronis…a whole mix of things.”