FUNDING is being sought for around £2 million worth of upgrades to facilities at Shetland’s colleges in a drive to enhance the student and learning experience.

Officials are looking to bid for money from the UK and Scottish governments’ £100 million islands growth deal, which is designed to boost the economies in Shetland, Orkney and the Western Isles.

A strategic outline case has now been created in conjunction with the University of the Highlands and Islands around the options for potential upgrades to Shetland’s college facilities. 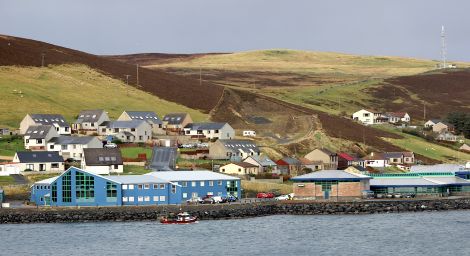 There is no guarantee the project will be successful in bagging islands deal funding, although if it is taken to the next stage a full business case would need to be developed in time for March.

“These will encompass spaces in both the existing college campuses and rural learning centres, complemented by a range of new mobile and temporary ‘pop-up’ facilities, which will be used to extend the provision of learning opportunities, including into schools and into communities not served by permanent learning centre,” it adds.

It comes against the backdrop of a proposed merger of Shetland College, NAFC Marine Centre and Train Shetland which is expected to come into force next year.

The strategic outline case says that despite some “piecemeal updates, most college learning facilities are at least 20 years old and are not well equipped or suited for the delivery of modern learning opportunities”.

Part of the plan is to create ‘student hubs’ in each of the college campuses, which will include improved and expanded study spaces and dedicated leisure areas.

Existing classrooms could also be upgraded to provide “flexible, general-purpose learning areas” which could support face-to-face, remote and other methods of learning.

These will include facilities for interactive links between the learning spaces and other locations, including college workshops, aquaculture research facilities and boats.

A so-called Newton Room could also be created which would give a focus for those studying STEM (science, technology, engineering, and mathematics) subjects.

It could tap into industries important to Shetland’s economy, such as fishing, aquaculture, engineering and construction, or those which have the potential for “significant future growth” like renewables, net-zero carbon and space rocketry.

Also among the proposals is a focus on immersive classrooms, which would use multiple projectors and surround sound to create a 360 degrees learning area in which “learners are immersed in an artificially generated environment”.

This could include a factory floor, the deck of a fishing boat, or below the surface of the sea.

An aquaculture learning facility could also be developed within the NAFC Marine Centre’s existing onshore research facilities to provide learners with opportunities to gain first hand experience of the aquaculture research environment.

Existing engineering and construction workshops could also be upgraded, with a focus on training in the context of achieving a net-zero carbon economy.

This could include the provision of facilities to train engineers on alternative energy technologies, including energy storage technology and hydrogen generation.

The proposals include upgrades to the existing network of learning centres, and portable pop-up equipment that could be used in any venue, including schools, halls and business premises.

Options were included in the strategic outline case for the construction of two new campuses on the site of the existing college and NAFC Marine Centre, and also to build a new single campus to merge all activities, but they were ruled out due to the cost. 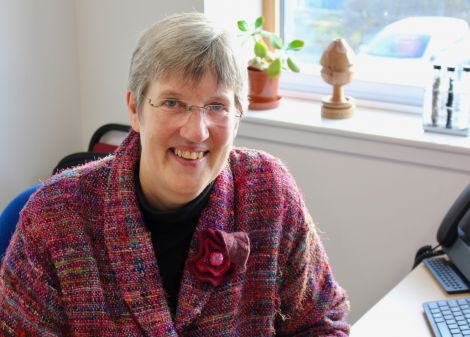 Shetland College principal Jane Lewis told Shetland News on Thursday that the project team were due to get feedback on the case “this week”.

She stressed that at the moment it is unclear which projects would receive funding from the islands deal.

Other Shetland-specific initiatives mooted for islands deal money include the redevelopment of the old Anderson High School site and decommissioning.

Lewis said the campus redevelopment is part of a wider strategy for the future of college learning in Shetland.

“In developing the new college we are very much looking to the future and developing the student experience, improving what we can do, working more closely with community and industry and employers is very much part of how we’re trying to take things forward,” she said.

Chairman of the transition board for the merged college, Davie Sandison, said at this stage the case is something of a “wish list” of upgrades.

But he said it was a “good pitch”, adding that a focus on space for students was a key factor.

“If we ever get back to what you would call normal student life you would want to see improvement in overall facilities that would let students feel a bit more like there’s space for them to interact and get together rather than just in the canteen,” Sandison said.

“That was something that we felt definitely needed to be enhanced.

“The other one that I’ve always liked the concept of is the Newton Room, and how we would increase our facilities that address serious areas that we need to invest in for the future.”