THE “GREATEST challenge” faced by Shetland Islands Council during the coronavirus outbreak was the communication between local and national government, according to chief executive Maggie Sandison.

She said the council was often hearing about new rules or restrictions at the same time as the public and the press.

Sandison also said another issue has been the intensity of workload for staff. “They did fantastically but there’s not a lot left in the tank for us for whatever comes next,” she said.

The chief executive was speaking about what lessons have been learned by the council in the response to Covid-19.

The local authority suffered a significant impact on services and the way departments operated, with many people for instance being made to work from home.

Management also had to contend with constantly shifting guidance – with schools, for example, one area where things evolved at pace.

Sandison said the council has already been doing ‘lessons learned’ sessions, while it has also provided feedback to national exercises.

It comes as there is a second spike nationally of Covid-19, although the prevalence remains low in Shetland.

“I suppose the greatest challenge for us has been that we often didn’t know about what the next steps would be, or what restrictions were going to be required for our services to respond to until the public knew about them,” Sandison said.

“It has been very much a reactive [process]…and I suppose it’s felt quite frantic at times.

“Certainly a lot of our lessons learned have been about how the system of communication between government and local government needed to improve.

“I think as we’ve moved into the tier system the Scottish Government has made an effort to engage with local government about that and let us know information. 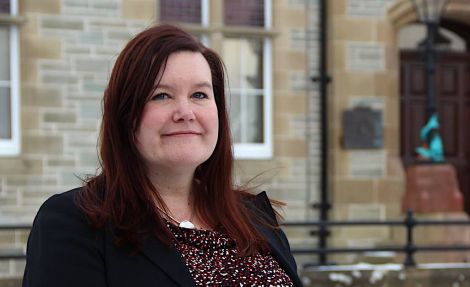 “I still worry that we still get information issued to us without knowing sometimes that it’s coming.”

Another huge impact has been on the council’s many staff, with some workers putting in extra hours – while care home employees for example continue to be on the frontline.

Sandison admitted that in her view many people “didn’t really understand how long this would go on for”.

“The staff absolutely pulled out all of the stops in responding to the changing circumstances,” she said.

“I think in many ways the intensity of that has left everybody quite tired and people have now gone into the winter period with another peak of activity coming.

“I suppose the resilience of staff and how we look after them when you’ve got an emergency that goes on for so long has been something we’ve spent a lot of time working about health and wellbeing, but we are a small council and we put everybody under a lot of pressure.”

Council officers have begun assessing what impact moving through the tiers of coronavirus restrictions might have, while there was also increased awareness locally around schools returning after the October holidays and people travelling back after being away.

Staff are also keeping tabs on the effect national lockdowns in England and Europe might have on the supply chain for goods the council buys, with potential impacts on availability and price.

Sandison is also clear that the council wants the continued ban on household visits to be lifted in the isles.

Shetland is one of five areas in Scotland currently in level one of restrictions, which should allow small numbers to socialise in people’s houses, but this is not allowed yet due to the national picture.

The levels are set to be reviewed on Tuesday (10 November) and the SIC will be engaging in this process.

“The council is very concerned about the impacts of the household ban on individuals in the community,” Sandison said.

“We know that it really affects those on lowest incomes the most and really people who may be really struggling who are remote and therefore can’t get to places where you can go and socialise in hospitality. The council is really keen to see the review take that next step.

“Obviously we need to see the latest indicators and we need to work that through with the Scottish Government and public health, but we wouldn’t want any restrictions to remain on the community that are having such a detrimental impact on health and wellbeing for individuals and the wider community unless there was real evidence that they need to be there.”

Sandison also praised the Shetland community for the way in which it has responded to coronavirus restrictions.

She said the isles have often led the way – such as in deciding itself to call off two Up Helly Aa events at the outset of the pandemic, or closing schools before the rest of the country.

“The community are really good at doing things to protect the community,” Sandison said.

“If there was any concern around rising numbers or the risk of community transmission, where it was not clearly due to interactions between positive individuals, I think the community will be really responsible and I think they should be commended for the way they have responded to the risks so far, and I think they will do it again when they need to.”