SNP candidate for the upcoming Shetland West council by-election Zara Pennington says she is standing in the ward again to highlight issues and “hopefully move them forward”.

She is one of three candidates in the running for the ward’s vacant, coming up against independent Mark Robinson and Green member Debra Nicolson.

Like the other two candidates, Pennington ran in May’s main local government but missed out, coming fifth with 5.7 per cent of the first preference votes. 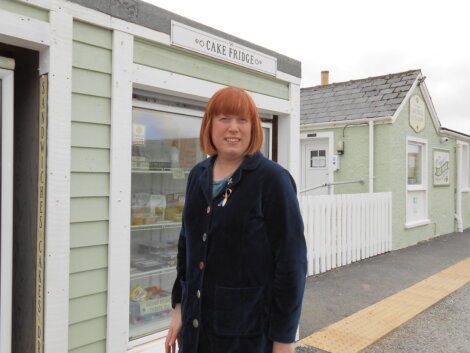 But she said there was “so much positivity when I was actually out on the campaign trail about the issues that people want to have resolved”.

The big change since May, Pennington said, is the increased prevalence of the cost of living crisis.

She said the council needs to maintain a level of social justice, and help the vulnerable.

The SNP candidate also said it is important to “make sure we don’t lose sight of climate change in among the economic crisis”.

“We need to protect people financially and economically, but we also can’t lose sight of the climate crisis.”

She said transport can also tie into this, and can impinge on accessibility to any ‘warm places’ which may be open.

“If you’re in Skeld or Sandness,…you can’t get to the kind of premises where you can be warm, have a coffee or what have you, from these remote communities,” Pennington said.

“Without transport people are stuck in houses they can’t afford to heat.”

Meanwhile in May’s election Robinson was only seven first preference votes off the second place.

Pennington said he “stands a good chance [of being elected], but the important thing is that people of the west have a choice, that there is actually an election”.

“We’re not in the same position we were in May – the politics are different as well,” she added.