COUNCILLORS and senior officials will continue to crunch numbers over the festive period following a proposed local government funding settlement that could lead to a further reduction in services.

At 4.3 per cent, Shetland Islands Council has received the lowest cash increase of all 32 Scottish local authorities to run its services.

As part of the proposed settlement, SIC is also set to receive £17.5 million to operate its inter-island ferries – the same amount than last year, but around £6 million less than was requested by the council amid rising costs.

With an inflation rate of above 10 per cent (10.7 per cent in November 2022) and a pay deal of 10.5 per cent for lowest paid council workers, the settlement will mean a reduced deal in real terms.

The figures show that Shetland Islands Council has provisionally been allocated core funding of £103.1 million for 2023/24, up from £98.8 million.

Most other councils received an increase in funding of between six and eight percent, with the exception of the Aberdeen council which got a funding uplift of 11.6 per cent.

The budget has to win the majority approval of MSPs before being set in stone. 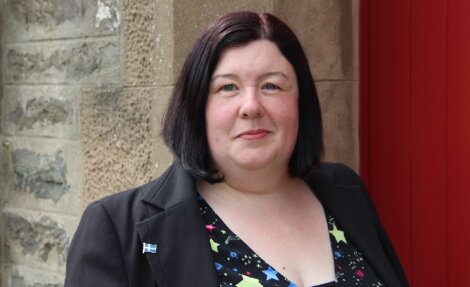 The SIC has so far been somewhat hesitant with a detailed response to the settlement. Council leader Emma Macdonald said officers were still looking at the numbers.

However, local government umbrella organisation CoSLA was more outspoken in its response.

Last week, it expressed its “extreme disappointment” saying services would now be at breaking point.

The organisation’s resources spokesperson councillor Katie Hagmann said: “This is a result of cuts to our councils’ core budgets and direction on spend towards other Scottish Government priorities over the last few years.

“[The] budget announcement compounds this and there is a real risk that many of our essential services will not only be cut but may have to stop altogether.

“Council leaders were unanimous that we need to work together, with one local government voice, to raise our concerns at the highest level.”

Macdonald told Shetland News on Friday: “We are still looking at the detail of the Scottish Government funding allocation to see what impact it will have, and that will guide our own budget-setting process which we’ll be focussing on in the new year.

“This is an extremely challenging time for everyone, and the difficult economic climate is having an impact at all levels of government.

“Council officers and members are working closely on plans for the year ahead, and we’ll be sharing some of that thinking with the community early in January.”