A LOCAL councillor believes it is worth exploring the idea of Shetland gaining control of its fisheries out to the 12-mile limit.

Duncan Anderson, who represents the North Isles, pointed to the Scottish Islands Act which gives scope for local authorities to request more powers or functions.

The Scottish Government has the responsibility for managing inshore fishing out to the 12-mile limit.

A precedent was set more than 20 years ago when the management of the local commercial shellfish fishery out to the six mile limit was devolved to the Shetland Shellfish Management Organisation (SSMO).

Anderson – who was a key figure in Shetland councillors voting last year to explore options for self-determination – believes it is now worth exploring local control of fisheries out to the 12 mile limit.

He said some other councillors have been involved in discussions – but it remains to be seen whether the full council would be on board. 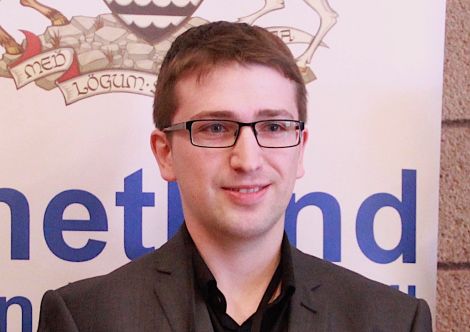 “While I believe the Islands Act falls well short of what is required to make Shetland sustainable and prosperous, I also believe we should be using it to benefit Shetland where possible.

“Control of our EEZ is not within Holyrood’s gift, but control of the 12-mile limit could be.

“The transference of such a function from Edinburgh to Shetland could theoretically pave the way for further decentralisation of powers.”

Anderson, who is from the fishing community of Whalsay, said he “firmly believes that Shetland should control the fisheries in what would be Shetland’s EEZ, like our Faroese neighbours”.

“This would require constitutional change to make Shetland some form of self governing region, a desirable outcome in my opinion.”

Anderson said as he is not a fisherman he would welcome feedback about this concept, whether it be positive or negative.

And as such, he said he is not qualified to say what the direct benefits would be – which is why he wants a feasibility study.

“I do firmly believe however that Shetlanders have a greater interest in protecting our valuable marine resources than anyone else does,” Anderson added.

Northern Isles MP Alistair Carmichael said exploring the idea first was the right way to go about it, adding the concept of devolving fisheries management was not a new proposal.

“My experience is that any change in fisheries management is best done if it’s got the buy-in of the industry,” he said.

“I think the last time we went round this course there wasn’t a great deal of buy-in from the industry.

“But in principle fisheries management is best done as close as possible to the home port.”

It stemmed from growing frustration over what they saw as more decision making being centralised, and reduced government funding.

Some SNP politicians said in response that the council could make requests for additional powers under the islands act – but had not done so.