A STAR plaque which was installed outside a lodberry in Lerwick in honour of the Shetland TV series has been removed and is due to be relocated.

It is understood the decision was made due to a disagreement with the owner of the famed lodberry over an alleged lack of consultation prior to its installation.

The Hollywood style star, which was unveiled in October by actor Douglas Henshall, has now been removed and Shetland Islands Council (SIC) confirmed it would be relocated.

A spokesperson said this would be subject to further engagement with the planning service prior to any decision being made. 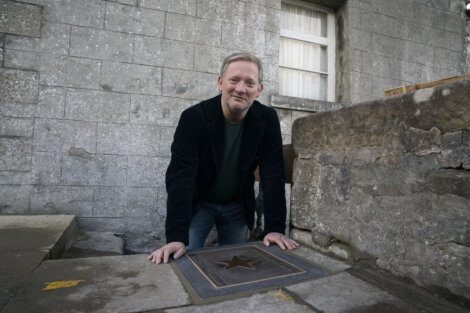 The roads department had been in discussions with local residents before the slab, which was located in a conservation area, was moved.

The plaque’s new home is due to be another location which features in the Shetland series.

The council told Shetland News after the star unveiling that the planning service, “after assessing the situation, did not invite an application for consent for the proposed plaque”. 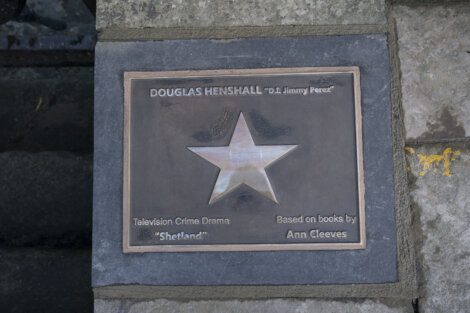 The idea for the plaque, which honours Henshall and the positive impact the TV show has had on the isles, came about following a meeting between VisitScotland, the SIC and Living Lerwick.

There was a desire to mark the series and its boost on tourism in the isles, and to demonstrate how Shetland could “pay its own tribute to the man who brought the character of Detective Inspector Jimmy Perez to life so brilliantly”, VisitScotland said.

It was installed outside a historic seafront lodberry, built in the 1700s, which acts as the home of Henshall’s character Jimmy Perez in the series.

Lodberries are stone buildings near the water in Lerwick which were previously used as a place to unload goods being brought ashore by boat.

Based on the books by crime writer Ann Cleeves, the BBC crime drama was first broadcast in 2013 and it continues to grow in popularity, now being shown in many countries around the world.

The 2019 Shetland Islands visitor survey revealed that 55 per cent of leisure visitors reported that they had been inspired to head to Shetland because of something they had seen or read.

If you believe tatties are harmless, read on