NOT even the Covid-19 pandemic is going to stop the West Side village of Culswick’s annual carol service from going ahead – with festive music, poetry and song set to be broadcast to the world this weekend.

The rustic peerie chapel’s carol singing has become a firm favourite throughout Shetland, drawing in people from all over the isles to the extent it is often standing room only for latecomers however horrid a winter night it is.

You can find all the words to the carols – as well as community stalwart Mary Fraser’s recipes for mince pies and shortbread – on the event page.

Mary’s daughter Osla Jamwal-Fraser said the Culswick community had rallied around at various times in the past to safeguard the chapel, and is doing so again as a result of the financial challenges presented by Covid-19. 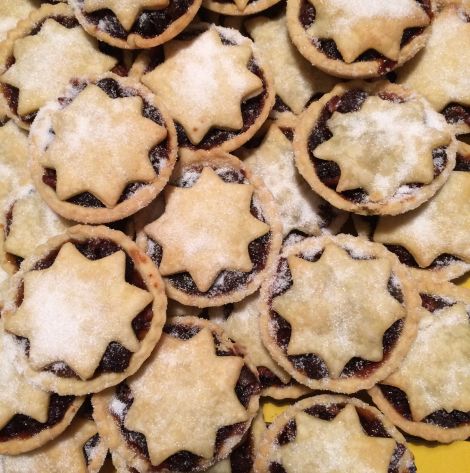 You can find Mary’s mince pie recipe on the event page!

Normally the collection taken up at the event generates the bulk of the funds required to keep the chapel open and operational, including insurance, bills and maintenance, and so this year donations to keep the kirk open as a place of worship, reflection and sanctuary are being accepted via a JustGiving page.

Osla said: “The Culswick carol service has been held every year for upwards of a decade, and this year is to be no exception, although the service will have to be held online rather than in person.

“Many probably know the chapel as the stark little building with the red door at the beginning of the beautiful walk out to the broch at Culswick. Some may have taken shelter there during an unexpected blustery shower or two and I know of at least one person who got stuck there after a misanter with the door handle!”

First opened in 1893, the Wesleyan Methodist Church was built using funds raised within the community by people of all denominations on a plot of land donated by Mrs R.L. Allan, who is commemorated by a plaque above the door. 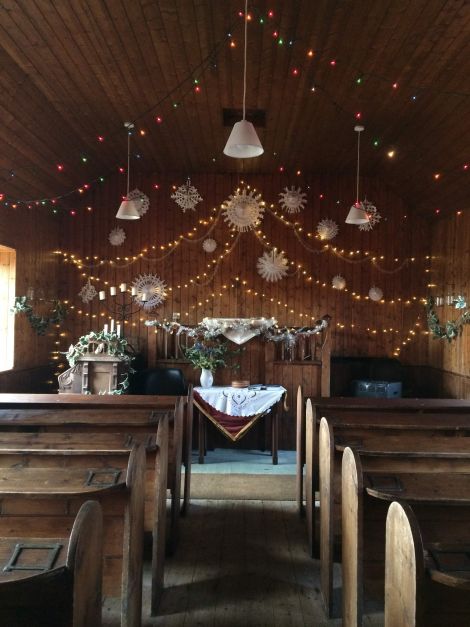 The community has fought off the threat of closure several times before.

In 1993 it was announced that the kirk would close due to a lack of members, but Mary campaigned to prevent that: “going as far as press ganging her whole family and a neighbour [Chris Bunyan] into joining the church in order to reach the requisite five new members to keep it open”, Osla recalled.

She said the “march of modernisation” then “threatened the spartan beauty of the chapel’s interior” with moves afoot to rip out the pews and make the chapel “more comfortable” for modern worship.

Again Mary and fellow chapel stalwart Barry Dewar campaigned to “preserve its original character and beat back this well-intentioned attack on the lovely little church”.

Shortly after that the two women came up with the idea of a traditional candlelit festive service to bring new life to the kirk.

Osla added: “This year the chapel has seen no services and with very few donations coming in to cover overheads, in the current climate of so many small kirks being closed all over the isles, the future of Culswick’s chapel, once again, looks less than certain.

“So, once more the people who have worked so hard to keep it open over the years are working together to spread the Christmas spirit and hopefully drum up some funds for the church.” 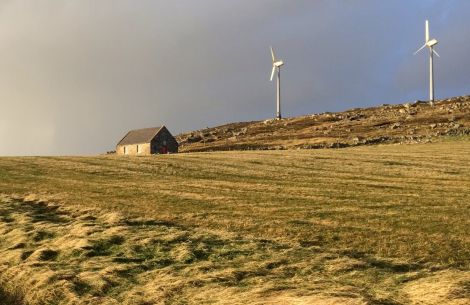