A NEW children’s book is helping bairns – and some adults – brush up on their local dialect.

Ann Marie Anderson’s new book Myrtle an Meenie was given a glitzy launch at Mareel the weekend before last.

The event saw a performance from The Revellers – and photos from the launch taken by Jonathon Bulter can be seen above and below. 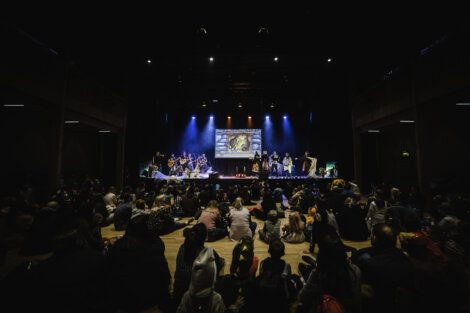 The book, illustrated by local artist Dirk Robertson, is written in Shetland dialect – giving children a chance to mingle with words such as hubbelskyu (an uproar), pheesic (medicine) and raag (disreputable person).

“Hoopfully it might bring back peerie wirds dat’s been forgotten aboot dat wis used here many years ago.”

It comes amid a drive from the charity Shetland ForWirds to promote local dialect as the group increases its social media use.

The Mareel event, which was part of a We Are Live programme commissioned by Shetland Arts and supported by the Creative Scotland performing arts venue relief fund, was Anderson’s biggest launch yet. 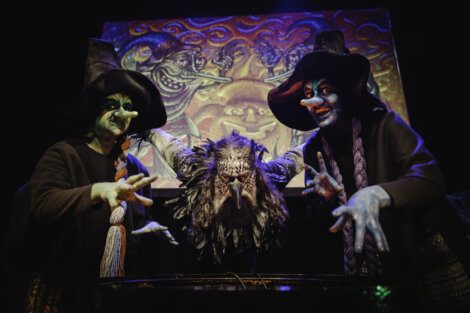 She has written a number of popular Ooricks children’s books, with the series forming the basis of an exhibition currently on show at the museum.