WARM tributes have been paid over the past week to Drewie Hawick, who passed away recently.

His funeral will take place tomorrow (Saturday), with the cortege leaving Goudies at around 1.40pm before travelling a route through Lerwick. 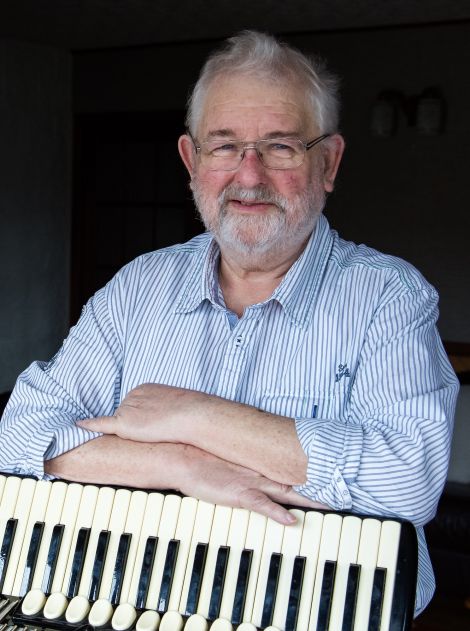 Details of the route can be found here.

A well respected musician, Drewie was a founding member of the Shetland Accordion & Fiddle Club.

The club said that he will be “greatly missed in the accordion and fiddle scene, not only in Shetland but all over Scotland and beyond”.

“Drewie was a founder member of the Shetland Accordion & Fiddle Club in 1978 and has been involved in the Festival ever since it started in 1988,” it said.

“Drewie was an accomplished accordionist and a prolific composer having published a book of his tunes very recently.

“He won the Willie Hunter tune competition trophy several times over the years which is an indication of the calibre of his compositions.

“Drewie was the life and soul of any party, the best known of which was probably the annual gathering at 4 South Lochside following the Festival Grand Dance every year. His pot of soup is legendary!

“Our thoughts are with Mida, who has been a member of the Shetland Accordion and Fiddle Club Committee for many years, and all the family at this time.”