THERE is little doubt that the possible provision of fixed links to island communities will be top of the agenda once the new councillors get their feet under the table and start their five years in local government.

Almost all of the 35 candidates have offered a view on the topic that has been discussed and lobbied for by island communities, mainly in Whalsay and Yell, for many years. 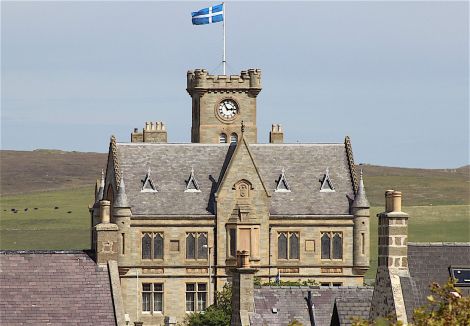 There is general agreement that fixed links (tunnels) is the only way forward and there are many reasons given: they would remove the dependency on the expensive running of inter-island ferries, 24-hour accessibility for a larger part of Shetland and hence the chance of reversing depopulation trends in island communities, as well as significantly reducing the council’s carbon footprint.

There is also agreement that Shetland Islands Council will be unable to undertake infrastructure projects of this size and magnitude on its own.

But in the face of little interest, so far, from central government in Edinburgh and Westminster to provide the necessary cash or at least engage in discussions to find a mechanism of how these projects could be moved forward jointly, candidates have come up with some ideas of how to go about it.

There is also the question whether some of the routes need new and greener ferries before tunnels can be built? Or should the new council steam ahead with fixed links and keep the current fleet of ferries going until the first tunnel is ready to be opened?

Amanda Hawick, who has been a councillor for ten years and is standing again in the Lerwick South ward, said that despite endless discussions on the issue there has never been any real effort to take the fixed link topic forward.

Her views are echoed to an extent by Shetland Central candidate Ian Scott who, reflecting on his five years on the council since 2017, said: “Never once were fixed links aired in a positive manner.”

This was due, it is being suspected, to a strong ferry lobby which has provided a good number of well-paid jobs in island communities, but the tide appears to be turning as no candidate says that introducing fixed links is a bad idea.

While most agree that efforts to get both governments on board must be intensified, as it can’t be that central government is funding ferries in some local authority areas and not in others, some candidates are clear that the SIC has to be more pro-active to force the issue.

Standing in the Lerwick North and Bressay ward, former SIC leader Gary Robinson – who lost his council seat in the 2017 election – said Shetland has to bring forward its own plans as “too much time has been wasted”.

“Rather than re-inventing the wheel, we should adopt the Scandinavian model whereby a single-purpose company is formed to build and operate tunnels. Tolls would be paid to use the fixed links until such time as they’re paid off – usually after around 25 years,” he said.

“If the Scottish Government could be persuaded to keep their revenue funding for our ferries in-play after the new links open, then this would help to keep cost of the tolls down.”

Shetland Central candidate Davie Sandison meanwhile proposes the creation of a not-for-profit company “similar to Faroe”, while councillors need to agree the order of priority – in his view Yell Sound would be first on the list.

“The realistic timescale is one tunnel every ten years from start to completion – therefore replacement of ferries is needed on routes not prioritised for first two tunnels,” he said.

“We need to commit Shetland funds to feasibility/options appraisal etc (investment case from reserves to be recouped partly from future tunnels tolls) whilst building the case for government funds/loan guarantees/capital grants.”

The group of three Green candidates also propose to use funds from the reserve fund on the basis of a commercial loan to get things moving.

“As with many large infrastructure projects, we expect that funding for tunnels would come from a wide range of sources, predominantly from the Scottish Government, however, realistically some of the finance would need to be provided locally in Shetland,” they said in a response to questions from Shetland News.

Meanwhile, North Isles councillor Duncan Anderson (who has already been confirmed to represent the area for a further five years) pointed out that the ageing ferry fleet needs to be renewed while the case for tunnels is progressing.

He added: “In the meantime improvements should be sought for the service wherever possible, for example increase runs to Whalsay at the weekend, a full timetable on Yell Sound on a Monday and restoration of eight community hires per island (previously cut to four).”

Fellow North Isles councillor Ryan Thomson, who was the chair of the transport and environment committee during the last five years, said: “While we continue to pursue fixed links, we must also recognise these are only going to be introduced after a period of time, and a fit for purpose ferry service prior to its implementation is necessary for the islands.”

Shetland West candidate John Leask however thinks a ferry renewal programme is not necessary while waiting for tunnels.

“I do not think any ferry replacement spending should be authorised for the routes suitable for fixed links, so a good maintenance programme will be necessary for existing ferries.”

Find out more about all the candidates standing in the 5 May election:

What sort of community do we want? MP asks, while urging planners to reject plans for two new Co-op supermarkets

People invited to get rid of unwanted marine pyrotechnics