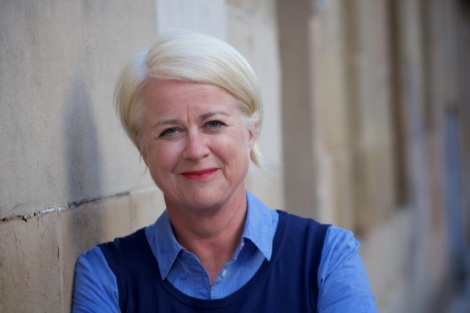 FOR ME, Shetland isn’t just an internationally successful BBC One drama series; it’s also a community which has, over the last eight years, warmly welcomed our cast and crew with open arms. Somewhere we all hold very dear which plays as much of a starring role in the series as Douglas Henshall, Steven Robertson and Alison O’Donnell.

And it’s for that reason, as we prepare to revisit the isles for location filming in April, that we will be doing everything in our power to protect both our cast and crew during these challenging pandemic times but also, most crucially, the local community who live here all year round.

While I can appreciate Tom Morton’s concerns (see link below) about our plans to resume filming, I want to assure him, and everyone else living and working here, that we are proactively doing our utmost to make sure filming the new series of Shetland is drama-free, off camera.

We have been very fortunate to have built up a strong bond with the local Shetland community since Perez first came to life on screen in 2013 and it’s disappointing that Tom thinks we’d do anything to put either the community or our own cast and crew at risk during such worrying times for us all.

‘Why not wait, Shetland? That’s all. Wait a few weeks’

So we hope that by undertaking a whole raft of test, hygiene and social distancing measures – operated in full consultation with NHS Shetland, Shetland Islands Council and our own industry advisors – we’ll continue this supportive relationship going forward.

As chief executive Michael Dickson has said we’ve worked very closely with NHS Shetland, and also with Shetland Islands Council, to ensure collaboration locally, sharing our stringent filming protocols with them and taking any advice on board. And, believe me, those protocols are stringent.

Film and television production is of course permitted by the Scottish Government under current restrictions. All of this is only possible because TV production teams work to strict guidelines to make the workplace safe as well as the wider community when on location.

It’s extremely disappointing therefore for Tom to say that our team are “young, unvaccinated, socially active people” – let’s be clear, we’re not in Shetland to socialise, we’re there to make a TV drama; safely, socially distanced and hopefully with the support of the local community who help us so much during filming with accommodation, services and so many other ways.

Similarly, his comments that one of our lead actors tweeted that the crew would “have a ball” when they come to Shetland is also misleading. Taking a tweet out of context is unnecessarily antagonistic and is unfair on the actor in question who was merely making the point that visiting Shetland is a wonderful experience for all.

As with the mainland, cast and crew will be instructed to stay safe and stay within the same guidelines as the local community when they’re not working. We’re there to work, not socialise.

Those that are on Shetland will be the minimum number of people needed to operate safely and effectively, in compliance with all relevant Scottish Government and industry safe working guidance. All members of production are expected to adhere to the highest tier restrictions currently in Scotland.

And now for the science and detail which I hope will be reassuring too.

The production will be operating a full testing regime with an industry leader. Our production team have developed comprehensive production protocols to ensure that the series is run in a safe and responsible manner during this time of global pandemic. This includes:

Cast and crew will be accommodated in a mix of local hotels and self-catering accommodation in Lerwick, Scalloway and some outlying places.

So, as we start thorough preparations to return to Shetland in the coming weeks, we do so with the islands communities at the heart of our decision-making.

Perez might be the master of crime solving in Scotland but that is where the drama ends. Fact is, we all want to make this drama safely and that is no work of fiction.

Ronas Voe and Twatt next for crime drama team

Party politics in the council chamber? Surely not!