ONE OF Shetland’s most iconic properties has been put on the market after owners James Mackenzie and Rosa Steppanova decided the time was right to hand over their lives’ work to a new generation of gardeners.

Lea Gardens, located in the village of Tresta, is undoubtedly Shetland’s most impressive garden and has been described as “Shetland’s earthly paradise”.

It is Britain’s most northerly plant collection with around 1,700 taxa, and it has over the years widely featured in television, radio, newspapers and horticultural magazines. 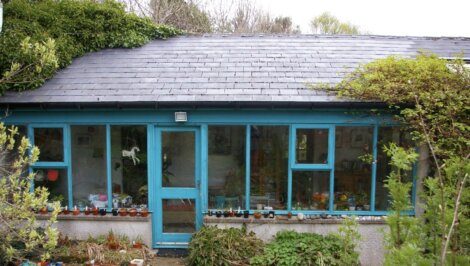 The garden comes with a four bedroom crofthouse, built in the 1850s and extended and renovated in 1990. There are also several outhouses and a lean-to greenhouse.

After 45 years of pushing the boundaries of what gardening in Shetland actually means, and in doing so dispelling the myth ‘that nothing grows here’, the couple is moving to the warmer climes of mainland Scotland. 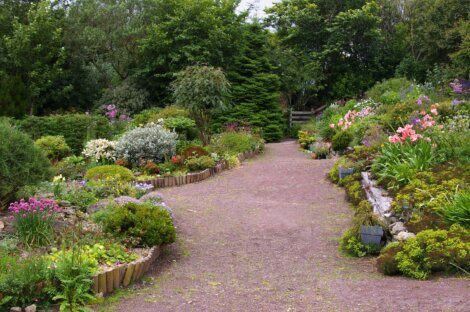 They leave behind a huge legacy that has changed Shetland for ever. The islands have become much greener, tree planting is now a serious and viable undertaking, and gardening has become a favourite pastime of islanders.

It was all so different when Rosa and James moved into their croft in Tresta back in 1977. “It all happened by chance,” Rosa recalls, and there was, of course, no big plan to turn the croft’s few hectares into a landscaped garden with raised beds for alpines, shelter belts, mixed borders and woodland plantings. 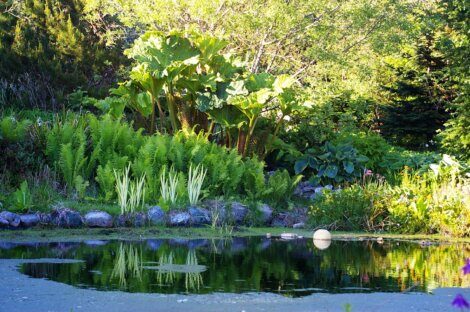 “Gardening presented so many challenges,” she continues. “but pushing the boundaries was exciting.”

A combination or pioneer spirit, passion and a healthy dose of stubbornness resulted in the creation of a world famous garden.

Over the years, Lea Gardens made its mark on the local landscape and changed attitudes and knowledge of what plants, ornamental and edible, could be grown in Shetland. 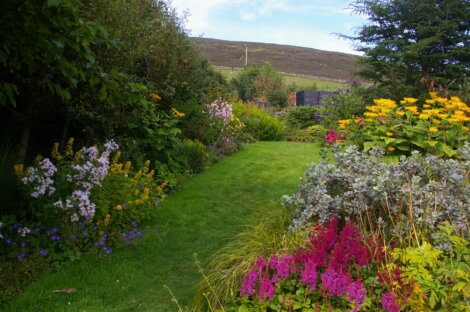 Lea Gardens made gardening in the maritime climate of the North Atlantic part of the national horticultural scene and Rosa’s 2004 book The impossible Garden has since been recognised as a seminal work on the subject.

James meanwhile became Shetland’s ‘tree man’ after his employer Shetland Amenity Trust took on the task of safeguarding what little spots of indigenous trees had survived the constant onslaught from ever hungry sheep.

Over time, his job remit grew significantly as planting trees in Shetland became a viable proposition after having been ridiculed as an esoteric idea of incomers for decades.

With both in their 70s now, they feel it is high time for pastures new and more horticultural adventures.

“I always wanted to make a garden in a different climate, and I don’t want to live here when we are no longer able to give the garden the attention it deserves – that’s the main reason for selling.”

“This plant collection is our lives’ work,” Rosa says, “and I would like it to continue and if possible, expand.”

James agrees. “A garden like this needs new blood, fresh ideas and young energy,” he adds.

And, with ever rising energy prices on everybody’s mind, Lea Gardens provides the perfect opportunity for sustainable living.

“There is more than enough timber here to run a wood fired boiler to heat domestic water,” James says. “It will be sustainable, circular, cheap and with little carbon footprint.”

The couple is planning to leave Shetland later this year to permanently settle in Fife where they bought a house a few years ago.

They both said they wanted to say a huge thank you to all their friends, to everybody who has ever worked at Lea Gardens and to all their garden visitors and nursery customers for their support over the years.

“Shetland has provided us with a unique opportunity and we hope that we have managed to give something back to the isles,” they said.

More details can be found at the PlantNetwork website or by contacting the couple via e-mail leagardens@tiscali.co.uk