UK fishing minister Victoria Prentis said she has listened carefully to what fishermen and industry leaders have told her about one of the islands’ key industries.

Following a two day visit to Shetland during which she was lobbied by salmon farmers and fishermen, Prentis and her team were left in no doubt of the significance the seafood industries play in the wellbeing of the isles.

Following a visit to the fish market in Lerwick on Wednesday morning, she said she was blown away not only by the new facility but also by the quality of the fish on offer.

And she recognised the significant challenges seafood exporters face in getting the fish to market in the UK and further afield.

The MP for the Oxfordshire constituency of Banbury, who has a background in farming, has been the UK fishing minister for the last two and half years. It was her first visit to the far north.

“We know how important fishing is to the wider economy, not just to the people who fish,” she said.

“It’s blindingly obvious in Shetland because the community is fishing, and this market is a very significant place in this town.”

While in Shetland, the minister announced details of funding to 17 projects that have been successful in attracting support from the UK Seafood Fund, including £18,000 for a scientific study into ling, which will be based at the Scalloway college, part of the University of the Highlands and Islands.

She said: “The question really is; how do we make sure that we are able to support the industry where we can; [and] one of the ways is for example through the UK Seafood Fund, which is £100 million to spend around the whole of the UK.

“We will make sure that it comes Shetland’s way when there are good bids.”

The minister said detailed work on how to improve easier access to European markets following Brexit was already under way.

She said these discussions with salmon farmers and fishermen started immediately after the initial long delays at the Channel after the UK left the single market in January 2021. 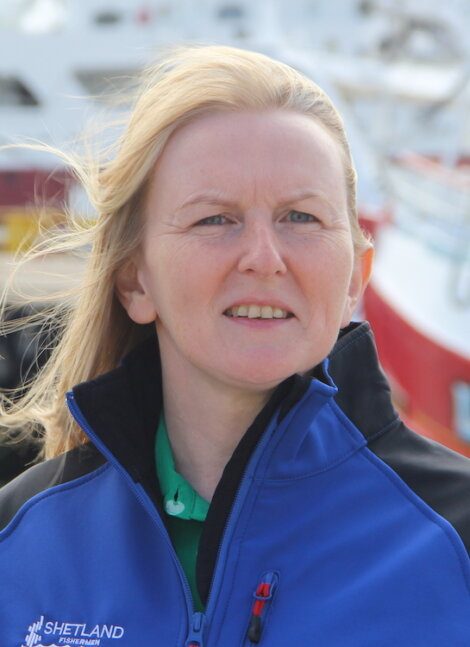 She acknowledged that the outcome of the Brexit negotiations wasn’t what fishermen had been promised and said that preparatory work for follow-up negotiations with the EU for the period beyond 2026 were already under way.

“We have already started the long and detailed work starting to talk to the industry to make sure that when we arrive at the negotiations, we know exactly what we want and what we are asking for, and this visit is very much part of that preparatory work,” she said.

“The seafood fund is very much designed that the fishing fleet and coastal communities can get ready for new opportunities that we very much hope and expect will come our way after 2026.”

“Politically fishing was so high on the agenda, we cannot allow for that to slip back,” Keith said.

“We have to build on that relationship so that government is not making decisions in isolation.”

Prentis said she has been left in no doubt about what the local industry expects of her and her department, even though she doesn’t know whether she will continue to be the minister for fisheries after 5 September when the new prime minister will be named.

“I have been the fishing minister for two and a half years; these were quite trying two and a half year because we had Brexit and then Covid, so I am certainly not going to lose my interest in fishing, and I think this is an important industry,” Prentis said.

“We can leave a note for the next minister, but personal relationships are always very significant, so this is definitely a trip worth doing, whether I am in post or not. I hope to be.”