ONE of the previous religious representatives on Shetland Islands Council’s education and families committee has offered his views on the role – and he believes there is a “mischaracterisation” around the appointment.

Martin Tregonning, who was on the committee for a decade over the last two council terms, also said he feels religious representatives have a number of advantages they can bring to the chamber.

The national issue of religious representatives on councils’ education committees was brought to the fore again locally last week.

A new appointment was made to the committee by councillors, but as it is required by law, a motion was passed to highlight that the move was made not by choice. 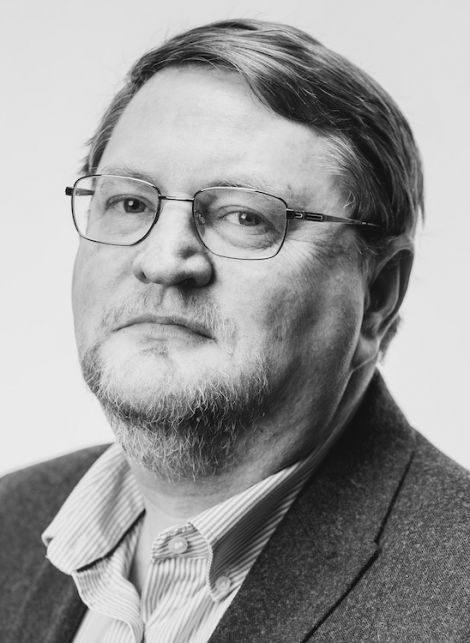 Several councillors felt that the practice is outdated and called on the Scottish Government to repeal the legislation – a view backed by the National Secular Society.

Tregonning, whose stint on the education and families committee came to an end earlier this year, said he had watched last week’s discussion with interest.

“It seems that the characterisation of the role of the religious representatives is either misunderstood or being deliberately misrepresented,” he said in a letter to Shetland News.

“The officials’ report to the council referred to the appointment of the religious representatives as being about inclusion and reflecting the make-up of the community.

“There are various arguments voiced about the presence of religious representatives, and so we cannot characterise all opposition as the same, but there is almost a ‘scatter-gun’ approach that if people throw enough different arguments against something, there will be something there which everyone will cling on to.

“I have heard phrases such as ‘subverting democracy’ and ‘hidden agenda’ and ‘undue influence’ used to describe the role of religious representatives, but this is a mischaracterisation.”

Tregonning said it was a “privilege” to service on the committee for a decade, adding that he would challenge “anyone to point to any instance” where these representatives have had a “hidden agenda”.

The chartered accountant explained that at the start of the last council, in 2017, he was asked to provide a brief biography and general statement about how he saw the role of the religious representatives.

“In it I said that it was not – in my opinion – the role of religious representatives to initiate or direct overall policy, or to act as an ‘opposition’, or to push any sectarian agenda,” he said.

“I said that it was our role to support the elected councillors and officials, sometimes bringing a different perspective to an issue, or raise a point that had not been considered.”

Under Shetland Islands Council constitution religious representatives have voting rights on education issues, which is a matter for each local authority.

In 2019 the Perth and Kinross Council removed these rights for its religious members following a tight vote which ended up closing a primary school.

Meanwhile Tregonning said some of the advantages religious representatives can bring include a wide list of contacts from different backgrounds, and that they are not bound by any election promises.

“I am disheartened that the more vocal opponents of religious representatives have never actually wanted to speak to me about it over the last ten years, and in fact many of whom have never sat through an entire education and families committee to see how it works in practice,” Tregonning added.

“There are many challenges facing the Shetland community at the moment, and when I talk with people, they talk about the ferry problems, or affordable housing, or getting to see a dentist.

“I have yet to have anyone mention the role of religious representatives on the education and families committee as a concern.”

Tregonning also supported the addition of Scottish Youth Parliament members to the committee in the last term, and said “any initiative which seeks to broaden participation and representation can only be a good thing”.