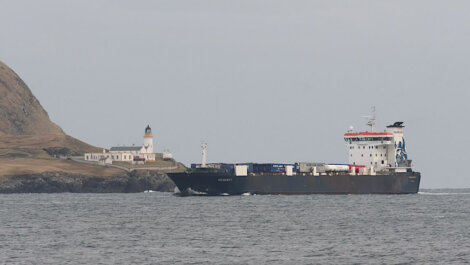 CONCERNS have been raised that Shetland Islands Council’s work on active travel is “jogging on the spot” rather than pushing forward.

A decision was made at a meeting of the full council on Wednesday to commit officer time to secure future funding for active travel measures, at a cost of around £30,000.

Funding worth £100,000 is available in 2021/22 from the Scottish Government to support active travel, which includes walking and cycling, and there could be more in the future.

But Shetland Central member Moraig Lyall said she was keen to see the pace pick up on the subject and said it “does not seem to be terribly active”.

She would be keen to see active travel embedded in future projects – using an example of how a hypothetical upgraded Haggersta road in Whiteness could include walking and cycle elements.

During questioning at Wednesday’s full council meeting Lyall was told that 0.8 full-time equivalent staff members are currently working on the active travel project, with workload spread.

Transport chief Michael Craigie said eight settlement audits have been carried out so far and future work will see projects go through the design phase.

WHILE active travel remains on the council’s agenda, so does a new ferry for Fair Isle.

Councillors at Wednesday’s meeting approved a second bid to the UK Government’s Levelling Up Fund.

The estimated cost of the project amounts to nearly £28 million when taking into account necessary harbour improvements.

If the council’s bid is successful then the local authority will contribute up to 10 per cent of the overall cost, likely to be in the region of £2.8 million.

The freighter Hildasay is one of two cargo vessels due to be replaced this decade. Photo: Austin Taylor

OUTSIDE of Shetland, the external transport links to and from the isles came under scrutiny from development committee chairman Alastair Cooper.

His view is that the NorthLink freight vessels are “not suitable for the Shetland conditions” on the route between Aberdeen and Lerwick.

He raised the issue during a discussion of the council’s corporate risk register, which highlights a number of areas of concern for the local authority.

Cooper suggested external transport be added to the risk register due to the importance of freight sailings for local industry.

There has also been people interested in working on a consultancy basis “to help us address the extreme workload that our planning service has been under for some period of time”.

The planning service has suffered from a lack of staff for a number of years in what is described as a national issue.

CONCERNS were raised in the council chamber about the continued ban on aquaculture development in the Sullom Voe harbour area.

Shetland Central Davie Sandison, who used to work in the industry, said he did not want the door shut to “innovative” proposals for aquaculture development in the area.

The council has adopted a Sullom Voe area masterplan which has ruled that for now aquaculture development should not take place in the waters.

The masterplan was developed because of reduced tanker movements in the area and the potential for increased development in the water.

It is due to be reviewed in five years, but this could be brought forward if circumstances change.

“I am disappointed that we haven’t found an accommodation that makes it more beneficial all round for the aquaculture industry,” Sandison said.

“This industry is extremely important to Shetland.”