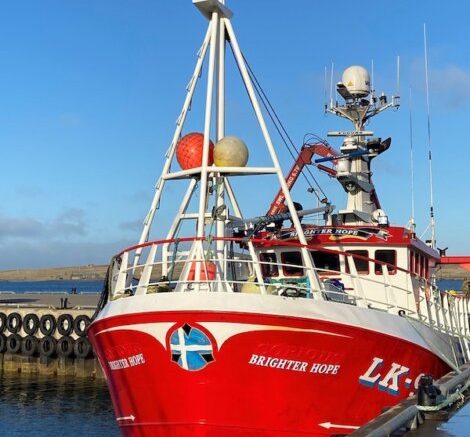 TWO brothers and their friend have taken ownership of a Shetland fishing vessel as the generational shift within the whitefish industry continues. 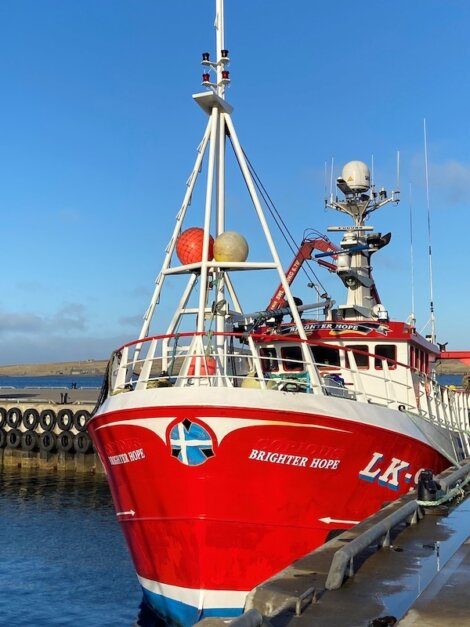 The previous owner Mark Anderson said he was delighted to be “handing the boat over to a new Shetland crew and to see her continuing as part of the Shetland fleet”.

Anderson and his fellow directors in the 60 North Fishing company are expecting to take delivery of a new Copious as well as sister vessel Prolific in summer of this year.

New skipper Tom Robertson said: “We hope to start fishing within the next two weeks after doing some upgrades and sorting the paperwork.

“There are a lot of ifs and buts about buying a boat in the current climate, with the fuel situation, but we have no doubts and are thinking positively about the future.

“No one said that fishing was going to be easy, but we’re really keen to get going – to make our own way in the industry – and to build a future for our own young families in the same way our fathers did for us.”

Built at the Parkol shipyard in Whitby in 2005/06, Copious was the first of a series of new vessels after the industry had started to pick up again following the crisis at the turn of the century.

Executive officer with the Shetland Fishermen’s Association Sheila Keith said the local industry was bucking the national trend of attracting young fishers and investment into the industry.

“It is great to see family ownership continue in Shetland which gives hope for the security of fish catching in the islands,” she said.

The new owners are thankful to Marine Fund Scotland, LHD Ltd, Clydesdale Bank and the Shetland Fishermen’s Trust for making the purchase possible.

In December 2021, two other boats in the Shetland fleet, the Sedulous (LK 308) and Defiant (LK 371), were taken over by young fishermen, with the former renamed Comrades.