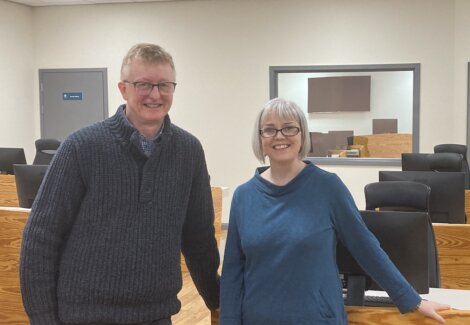 THE TEAM running the electronic seafood auction in Shetland says fishermen continue to get more money for their fish than elsewhere as buyers are prepared to pay a higher price for quality and freshness.

Shetland Seafood Auction has been selling fish electronically from the isles’ two fish markets in Scalloway and Lerwick for 20 years, playing its part in making Shetland the second largest port for whitefish landings in the UK.

The auction is now operating a constantly upgraded real time electronic auctioneering system called Kosmos, supplied by the Belgium software developer Auxcis which allows users to have all information on the fish on the market at their fingertips and make bids remotely. 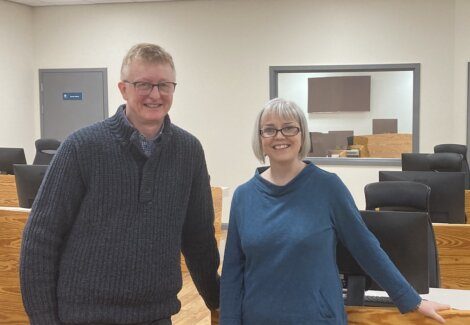 Sales and marketing officer Norma Williamson says the new system has resulted in more remote buyers being registered on the system.

But the vast majority of the auction business is conducted by locally based buyers who either come to the auction room every morning or, in these Covid times, prefer to make their bids from the comfort of their office.

Fish on the market has been scarce lately, mainly due to the particularly bad weather since the start of the year which resulted in the unusual event of no market being held on two consecutive days earlier in February because the overnight ferry had been cancelled which prevented fish being exported to the UK and further afield.

The restrictive mix of whitefish quota, particularly for cod, does not help either.

On Monday though, while taking a tour of the auction of the market, buyers were busy bidding for more than 3,000 boxes, one of busiest day so far this year.

In the past, fish bought in Shetland could reach the European distribution centre at Bologne-sur-Mer within 48 hours.

Since Brexit and the well documented long delays for exports of perishable goods, buyers are now settling for a guarantied 72-hour delivery time from Shetland to northern France, which is still acceptable given the freshness of the product.

The auction company’s chief executive Martin Leyland estimates that between 30 and 40 per cent of the locally landed whitefish continues to be exported to Europe, mainly to France and Spain. Some is sold locally, including for school dinners, and the rest of the 350,000 boxes annually will be shipped to fish processors across the UK. 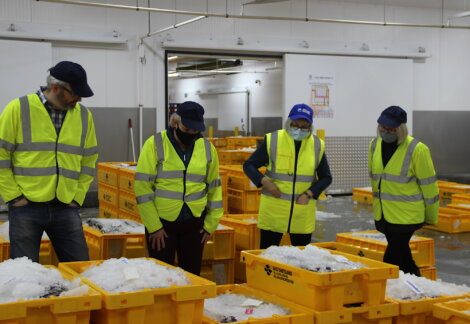 Inspecting the fish during a tour of the market on Monday are (left to right) the SIC’s head of catering , Neil Beattie; the chair of food marketing and society at the University of Edinburgh business school professor, Mary Brennan; sales and marketing officer with Shetland Seafood Auction, Norma Williamson and Shetland MSP Beatrice Wishart. Photo: Shetland News

Both Williamson and Leyland confirmed that there is hardly ever any fish that is not sold, with the latter adding that demand for fish usually outstrips supply resulting in good prices. In fact, “prices have never been so high”.

“At the moment, with 350,000 boxes being landed, we could definitely land more fish, and that would probably bring the price down slightly,” Leyland said. “They [buyers] are paying more for it at the moment because of the scarcity.

“The simple fact is that if quotas were relaxed and double the quantity of fish were allowed to be landed, the natural instinct would be [to say] that prices would come down a bit.”

Shetland Seafood Auction’s offices are located at the new state of the art £7.6 million Lerwick fish market at Mairs Quay which became operational in August 2020 and was officially opened by Prince Charles in July last year.