THE SHETLAND Greens have launched their manifesto ahead of next month’s council elections with a host of policies aimed at creating a more sustainable local economy and tackling the mounting problem of fuel poverty.

The 15-page document ‘For a Greener, Fairer Council’ has been compiled with input from over 60 Shetlanders and is among the most comprehensive policy prospectuses put forward at an election to Lerwick Town Hall in many years.

The Greens picked up 10 per cent of the regional list vote at last year’s Scottish Parliament election, with 1,154 votes, but it is difficult to gauge how the trio will fare under the council’s multi-seat wards.

Party politics has made something of a comeback in local politics with two SNP candidates, Labour’s Tom Morton (already elected unopposed) and Sovereignty’s Brian Nugent joining the Greens on the ballot paper.

Since moving his family to Shetland last year, Armitage has been an active campaigning presence on a range of issues. He has sought to initiate greater dialogue with industries traditionally hostile to the Greens including crofting and fishing.

While the rationale for keeping partisan leanings out of the council chamber is often given as a desire to put Shetlanders’ interests ahead of party interests, Armitage said the Greens rejected “top-down” politics and exist to “empower local communities”.

A “fantastic and really diverse group of people” contributed to the manifesto, ranging from architects and health professionals to fishermen, and “not a word of the manifesto has been written by anyone further south than the south light of Fair Isle”.

“We have the best of both worlds because we’re members of the Scottish Green Party, which is a growing movement, has a powerful voice for political change across Scotland,” Armitage said, highlighting the party’s recent success in securing free bus travel for under 22s. 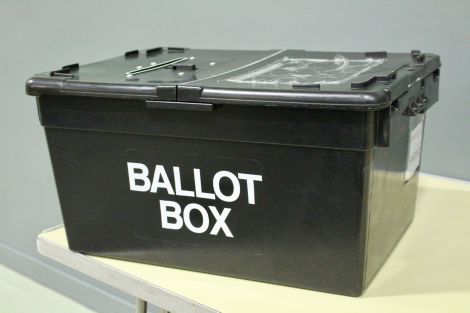 Many will undoubtedly be sceptical about some of their policies, with its proposal for a Shetland Investment Bank already facing criticism from other candidates.

But it was notable that the key pledges the three candidates chose to highlight at their manifesto launch in Tingwall Hall on Monday morning include pursuing fixed links and measures such as greater insulation to reduce fuel poverty – ideas that feature heavily in public statements by most other election candidates.

With rocketing energy prices exacerbating a growing cost-of-living crisis, in the short term the Greens will campaign for an energy price cap that ensures “people don’t shiver in their own homes”.

They want the UK Government to follow France’s example, where citizens have been protected by a much more stringent price cap, whereas UK Chancellor Rishi Sunak’s spring statement laid bare “the Conservative party’s cruelty towards vulnerable people”.

Armitage said the council should work to enable the development of community renewables to help reduce fuel bills, while “in the medium term we would like to see a massive expansion of home insulation”.

“Our housing stock in Shetland is of good quality, but it’s draughty and particularly our public housing stock is very expensive to heat, and folk on the doorstep…are telling us soon they’ll be paying more to heat their homes in the winter than they pay for their rent.”

There is a “strong case to be made” for using a portion of the community’s oil reserves – between the council and Shetland Charitable Trust amounting to over £1 billion – to alleviate suffering.

“Our reserves are there for the future, but at the same time we can’t have people’s lives being blighted by fuel poverty.”

Randall, an active member of the Greens in Liverpool until he moved to Shetland in 2018, said building food security was another important element of their campaign.

Randall pointed out that everyone knows how quickly shelves can empty following a few days’ stormy weather and cancelled ferries, highlighting the need for greater economic resilience: “It also impacts on health, because the unfortunate reality is cheaper food tends to be less healthy.”

Transition Turrifield and the NCDC in Northmavine could offer a template for community growing throughout the islands, he suggested.

When it comes to crofting – not a community the Greens traditionally find it easy to harvest votes from – Randall said that while it started out as “essentially a subsistence activity”, it has become a heavily sheep-focused practice and “we would want to encourage crofters to diversify away from simply rearing livestock”.

“With things like Polycrubs, more can be grown individually and commercially, and there are crofting grants available for crofters who want to use Polycrubs on a larger scale.”

The fishing industry is frequently characterised as being at loggerheads with the environmental movement, and often not without foundation – and there is no question scepticism remains strong.

On a visit to Shetland last week, Scottish Fishing Federation chief executive Elspeth Macdonald said there was a feeling green politicians in particular within the SNP-led administration at Holyrood view the industry as “a bit of a problem to be controlled and managed rather than something to be valued”.

Armitage said that may be the upshot of many MSPs never having spoken to an actual fisherman. He wants the Greens in Shetland to use their position to ensure a two-way conversation is happening and for politicians to work with industry wherever possible.

“There are incredibly serious environmental issues with the foreign fishing boats operating in Shetland water and their behaviour and overfishing, and disregard for the natural environment, that we are 100 per cent committed to resolving,” he said.

“A lot of people like to think we are the enemy of fishermen, but… if you look at the discussions you’ll see the exact opposite.”

Nicolson said the transport system was another key Green priority, with the creation of fixed road links to replace costly and inefficient inter-island ferries top of the wish list. That is one issue where there appears to be harmony throughout the local political spectrum.

“We want to create fixed links to support the island communities, and we do strongly believe – especially in the North Isles – that this is what people would like to see,” she said.

Other measures floated in the manifesto include increasing the frequency of bus services, improving pedestrian safety, moving towards electric buses and ferries, creating segregated cycle lanes and an app to encourage car-sharing.

Improving road safety is an issue close to Nicolson’s heart, and she was behind a petition that ultimately resulted in a trial reduction of the speed limit at Tresta.

She pointed out there is currently no bus service to the West Side, where she lives, on Sundays and that is something they would like to change.

Capacity for people to take bikes on busses and a network of cycle lanes could not only stimulate “active travel” among locals but also “encourage people to come to Shetland on cycling holidays”.

She said expanding free bus travel for under-22s to encompass inter-island ferries would be logical and “that is something we’ll be strongly campaigning for”.

Armitage said one of the party’s core principles was strengthening democracy, pointing to the way in which the under-construction Viking Energy windfarm had “split environmentalists” but “the one thing everyone agrees on is that people do feel disempowered by the whole process”.

Having elections once every five years is not sufficient along and “we want to try and deepen our democracy in Shetland”.

Armitage added: “An open-source manifesto… is part of that commitment. [Another] thing we would like to see in the council chamber is an opportunity for members of the public to come and ask questions, to hold the council leadership accountable for their actions.

“As Greens on the council, we will work together as a group, but we’ll also work in collaboration with other councillors. We’ve been clear and open about our principles and the direction we’d like to take Shetland in over the next five years.”

The full list of candidates in Shetland Islands Council elections can be found here.

Last day of campaigning for candidates as election looms