MORE detailed information on the location of confirmed coronavirus cases in Shetland has been released by Public Health Scotland. 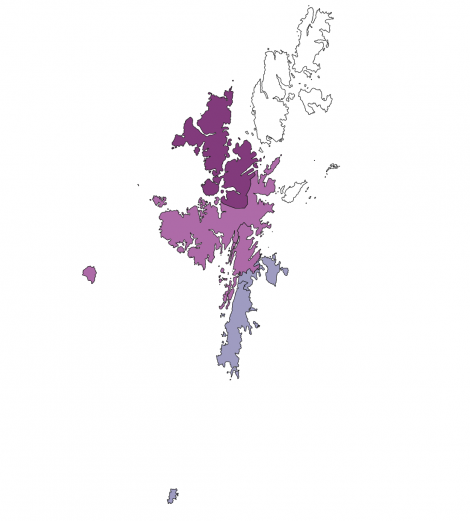 Image from Public Health Scotland on the spread of cases between 30 December and 5 January.

The health agency is now giving regional breakdowns of cases across the country over seven day periods.

Using Scottish Government figures, it splits Shetland into areas and shows that the North Mainland had 16 positive tests returned in the period between 29 December and 4 January.

The east and west mainland recorded six, and the south of Shetland returned five positive tests – as did Lerwick south.

As the data splits Shetland into wider areas, rather than place by place, on first glance the map may appear to show cases in some parts of the isles which do not have any.

But these areas, such as some of the outer Isles, are coloured because they form part of the wider area.

The data can be accessed by clicking here and going through the ‘cases by neighbourhood’ tab.

NHS Shetland said on Thursday afternoon that a further five positive cases had been recorded in the previous 48 hours, with most linked to the outbreak in the North Mainland around Christmas.

Get tested for Covid before travelling to the Northern Isles, health boards urge visitors