THE LOCAL construction trade is so far holding up well in the face of the twin challenges of high prices and shortage of key building materials globally, according to many of those working within the industry.

Shetland News has been speaking to builders, architects and surveyors who all report that the sector is generally weathering the storm – while expressing concern about potential issues that could yet result from unprecedented leaps in the price of concrete, timber and other materials since the autumn.

National bodies have warned that shortages in cement, timber, steel, paints and some electrical components are likely to persist amid booming demand in North America, China and parts of Europe.

Some organisations have forecast smaller companies could be hardest hit as prices for some materials rocket by as much as 30 per cent month-on-month. 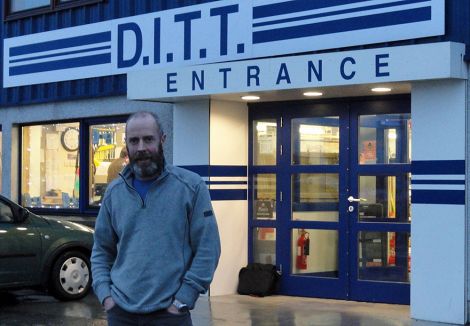 DITT director Peter Tait said his company was doing what it could to set materials aside ahead of price rises to enable work to continue. Its primary focus at present is 12 new units of housing at Heathery Park in Gulberwick.

He said cement was “one particular issue” where “we have no stock… and supply is pretty unreliable, so we have a waiting list of customers”.

“When it does come in it doesn’t really lie, it goes straight out, so we’re trying to ration that between customers that we have,” Tait said.

“We’re okay. We’re not at the stage where we need a lot of concrete. With the housing scheme at Gulberwick, we knew there were price rises coming so we stockpiled materials.”

He said cost pressures were the “main difficulty” – citing the latest 35 per cent price rise for CLS timber from June to July – and if current trends continue it could present a headache, in particular for those looking to build new homes who in some cases could face the problem of negativity equity if costs overrun.

“It will have an impact on all construction projects,” Tait said. “Certainly the smaller private housing, [there comes] a critical point where people decide not to go ahead with projects. If you’re looking at timber doubling in price since September last year, it’s got to have an impact on [people’s] ability to proceed.”

In the first half of 2021 he has been involved with 23 new-builds, a healthy number which is broadly in line with previous years.

“All projects are progressing well, which is a credit to the contractors given the challenging circumstances,” he said, though more recently there have been “some clients who have decided to wait and see”.

Based on conversations with others in the industry, Simpson fears there could yet be a greater impact in the second half of this year.

“We do not appear to be at the worst of the situation with the price increases,” he pointed out. “I suspect we are going to see it getting worse over the coming months before it gets any better.”

In addition to double-digit percentage rises in the cost of various materials from month to month, he said increased lead-in times for sourcing materials was exacerbating matters: “Concrete roof tiles, for example, which had a lead-in time of around four weeks prior to Covid-19, is now up to 30 weeks in some cases.”

Simpson said that if construction costs continue rising at a faster rate than property market values it may be problematic for clients looking to finance new homes through self-build mortgages.

Graham McAllister of Buildbase, meanwhile, said he “wouldn’t have liked to have got a mortgage to build a house this year”.

“[People are] having to spend a lot more than was first quoted,” he said. “It’s not good for the homebuilders at the minute.”

“Timber has gone up in price, but now it’s chipboard flooring, MDF – it’s really hard to get hold of. Long wait times and the price is going up every month,” McAllister said.

“Business is okay at the minute, but it is going to come to a time when there’s not any material to sell.”

The construction trade’s issues are part of a worldwide phenomenon as the global economy readjusts following upheaval caused by the ongoing Covid-19 pandemic.

Tait pointed to aspirations in the US for 1.7 million new homes to be built in 2021, and trade body warnings that the UK faces a timber shortage in the third quarter. Things may stabilise in the fourth quarter but the ability of mills to start catching up will depend on demand settling down.

McAllister agreed, saying American firms were paying up to three times the previous going rate for timber. That is inflating prices and “it’s going to the highest bidder”, while the cost of container ships coming from Europe post-Brexit has also risen sharply.

Earlier this month SIC councillors voiced fears that the costs could stifle efforts to bolster the isles’ housing stock.

Concerns raised over impact rising costs could have on housing plans

Shaun Tulloch of Tulloch Developments said the cement shortage “directly affects most things we’re doing” and it was lucky “we don’t have any big contracts on ourselves needing hundreds of tonnes a week”.

They are currently restricted to a single tanker load of cement a week – which could become problematic given the firm needed three or four loads a week while working on decommissioning projects last summer.

“Generally nobody can go and get a pallet of cement at the moment – maybe 5-10 bags at a time,” Tulloch said. “We’ve not had a scenario where we’ve completely run out, but that could change at the drop of a hat if a couple of big jobs came in – we’d have to empty our reserves.”

He pointed out that once windfarm developers Viking Energy begin pouring bases for turbines it could require hundreds of tonnes of cement a week – an obvious problem if each supplier can only get its hands on 28 tonnes.

‘Clients do not have an infinite amount of money’

Scalloway-based architect Iain Malcolmson described the current state of play as “a bit of a strange position”. The architects are “probably the busiest our practice has ever been” and there “doesn’t seem to be any one specific reason for this”.

While projects at the design stage are keeping his company more than occupied, they are increasingly aware of the aforementioned price rises and shortages, which is “beginning to have an effect on jobs at tender stage and during construction”.

“Contractors will struggle to keep to agreed tender figures and clients do not have an infinite amount of money,” he said. “So in the short term this is a worrying situation that will come to a head soon. Thereafter if prices do not stabilise then I can see projects possibly stalling.”

That view is echoed by Adrian Wishart, director at Richard Gibson Architects, who said builders were speaking of “unprecedented hikes in material costs” and “perhaps more frustrating is the difficulty in even getting the materials regardless of cost”.

He said the time period for completing a build was being extended “sometimes with no definitive completion date, with clients having to accept that their project will be finished when it is finished!”

Cost pressures posed a challenge even in the early stages of new-build projects and how to design them “within a client’s budget when that budget may not afford as much as it would have 12 months ago, so we have to be even more innovative in what we can achieve for our clients”.

Wishart said finding builders was more challenging than ever with the industry “extremely busy with a number of larger high-profile projects”.

He added the company was “putting in a lot of extra effort” into discussions with builders “in the hope we can secure projects with them for 2022 in order to keep progress for our clients”.

“This is still subject to material costs etc., but the hope is that they will have plateaued or even fallen a bit in another 12 months. We can but hope.”