A SHETLAND councillor representing a ward in which an island school due to a lack of pupils was recently mothballed has welcomed the Scottish Government’s decision to scrap a bond proposal aimed at tackling depopulation.

Duncan Anderson, who is one of three councillors for Shetland’s North Isles, said the government’s islands bond idea was “misguided from the outset”. 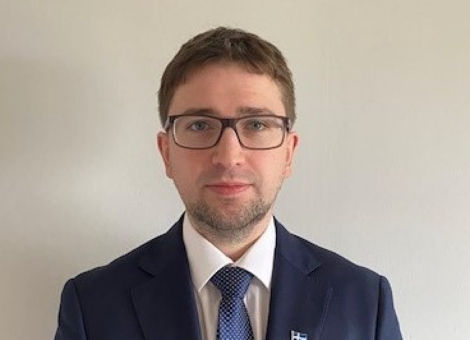 On Friday the government said it was dropping the idea following mixed feedback to a consultation, particularly from islanders themselves.

The proposal was to offer up to £50,000 to young people and families to stay in or to move to islands currently threatened by depopulation, with the scheme worth up to £5 million.

Rural affairs and islands secretary Mairi Gougeon said the government will continue to look at other ways of addressing depopulation.

In Anderson’s ward the primary school on the island of Fetlar, which has a population of around 65, was recently mothballed after the roll dropped zero.

He was a vocal critic of the islands bond scheme from day one, saying it was not the right way to address depopulation.

“It is encouraging to see the government actually heed island views from the consultation, although I hope the resources from this will be diverted to something useful for island communities and not lost,” the independent councillor said.

“In order to address depopulation, central government must commit to working closely with island councils and the communities they serve. All too often this does not happen.

“The key drivers of depopulation are difficult and expensive to resolve. Councils have detailed local knowledge of these problems – e.g. transport links, broadband provision. If the government is serious about helping, a more collaborative approach would be welcome.”

Meanwhile Shetland MSP Beatrice Wishart said the bond proposal was “nothing but an election bribe”.

“I am pleased that the cabinet secretary has listened to the voices of island residents and those who replied to the consultation,” she added.

“I will be interested to see where the proposed budget will go in the future and will continue to call for it to go towards investment in rejuvenating and improving infrastructure.

“If the Scottish Government is serious about addressing depopulation, I will be happy to share with ministers the views I have heard first-hand from people living in the most northernly islands this week during the tunnel vision roadshow.”

Highlands and Islands MSP and convener of the cross-party group on islands Jamie Halcro Johnston felt the bond would have had “remarkably little impact”.

Gougeon said the bond was “never intended to be a silver bullet to address our island population challenges”.

“Rather, it was just one element of our wider work, across all Scottish Government, to support our island communities,” she said.

“We will continue to address the issue of depopulation on our islands with our National Islands Plan commitment to develop an Action Plan to address this issue, with a draft publication in 2023.”

Books galore and a ‘place to go’: library prepares to open doors after big move