A SENIOR council official has reiterated that Shetland needs to be sold in an “honest” way following a rebrand of how the isles are promoted to the world.

Development director Neil Grant said during a meeting on Tuesday that “we can’t over-embellish” what life in Shetland is like.

It comes after a recent rebrand of Promote Shetland, which leads with the tag line “islands of opportunity”.

Grant referred to the rebrand during a meeting of Shetland Islands Council’s development committee on Tuesday.

Speaking about a report on the progress of the Anchor Project, a multi-agency initiative aiming to support families through early intervention, Grant said this type of scheme reflected the isles as a community.

He said it was “right at the heart” of engaging with and attracting families to Shetland.

“There was something that [NB Communication managing director] David Nicol said when he was presenting the Shetland branding, is that when we are promoting Shetland to the outside world, it has be an honest promotion – it has to be honest about what we think of ourselves.”

Shetland Central member Moraig Lyall, meanwhile, questioned if the money spent on the Anchor Project was better off going directly into the pockets of struggling families.

Lottery funding of £321,000 will enable the project to run until at least 2022, with two workers dedicating 50 hours a week to the project between them. 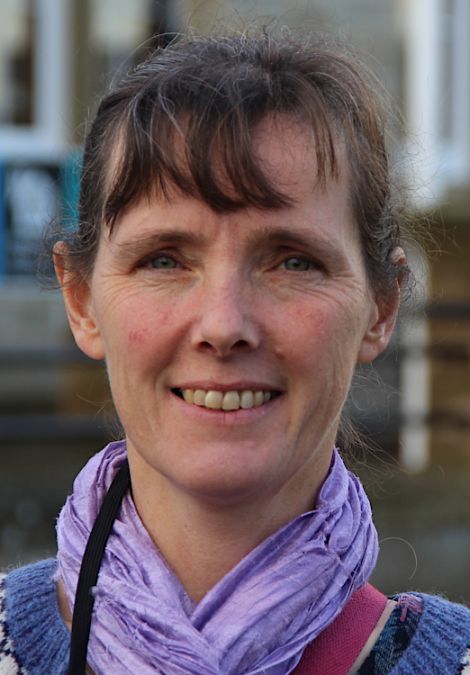 Lyall stressed she was “absolutely sure” those staff were working hard and doing their best. But she said the main problem for the families receiving help was a lack of income.

Funding going directly to those struggling “might have had a bigger impact on each of those family’s situations than what they did have, which was access to free school meals or a clothing grant, or signposting to other services”.

A family having their own choices was important and this type of project should be more of a “stepping stone” than something to be embedded in council life,” the councillor said.

Lyall suggested stigma attached to claiming free school meals would always be present if children were accessing food in the canteen while their friends may be going outwith the school.

It could be tackled properly “by directly giving the families cash to enable them to make their own choices about whether they buy their meal in school or down the shops”, she suggested.

Committee chairman Alastair Cooper said he understood Lyall’s concerns but he felt society was “not there” yet.

He said the issue was “maybe not as simple as you’re portraying it” but agreed with Lyall that “we should actually be doing sufficient work to enable families to make their own choices”.

Lerwick member John Fraser said deprivation was at the heart of projects like Anchor, but the “prerequisite to eradicating poverty is identifying poverty”.

Fraser said “open and honest discussion” was a key way to help remove stigma around poverty, including greater discussion in schools of what poverty looks like in 2020.

“To allow people to recognise that it’s okay not to be okay, it’s okay to ask for help, and it’s okay for people that are service providers – we spoke about staff in schools for example – to identify warning signs,” he said.

Cooper said he felt poverty can be “different for different folk” and the Shetland community can be “divided” between people on comfortable incomes and those less well off: “It’s more noticeable now than dare I say when I was a boy in the 50s.”

Marathon runner limbers up for ‘five in five’ challenge after raising more than £13,000