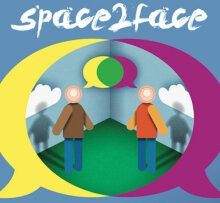 A THIRTY four year old man from Lerwick has been jailed for 19 months after previously admitting possession over 1,000 images of child sexual abuse which he accessed over a 16 year period.

Henry Hunter, of the town’s Hoofields, was sentenced at Lerwick Sheriff Court on Wednesday having pleaded guilty to taking or permitting to be taken indecent photos of children between 26 June 2005 and 27 July 2021 at an address at Queens Place, Lerwick and elsewhere.

The court had previously heard from procurator fiscal Duncan Mackenzie that Hunter appeared to have a “particular disposition” for children “who had been tied up”.

Sheriff Ian Cruickshank ruled that there was no alternative to a custodial sentence, which was reduced from 28 months to 19 months to reflect the timing of Hunter’s guilty plea.

The offences dated back to Hunter’s late teens and the sheriff said that in addition to having been downloaded over a “lengthy period”, Hunter had downloaded images with “a regular frequency”.

When his devices were examined by police it emerged that he had downloaded a large volume of images from a number of sites.

Defence agent Tommy Allan said his client accepted what he had done was completely wrong and in cooperating with the preparation of criminal justice report had made “no attempt to shirk his responsibility”.

He said Hunter lived a “relatively isolated existence”, something that had been reinforced since this offence had come to light.

He has lost the small group of friends he had and “understands the disgust they feel”, leaving him with only the support of his family.

Allan added that his client had been subject to a “degree of vilification” with posters distributed in his neighbourhood.

In addition to his jail sentence, Hunter will be subject to notification requirements under sexual offences legislation for 10 years.