ORDINARILY Shetland’s music community would be looking forward to a host of festive season shindigs to warm the cockles and raise the spirits.

There’d be carol concerts, kids’ concerts, a sell-out night with First Foot Soldiers on clue-up Friday, a glitzy Hogmanay gathering at Mareel, a couple of popular tribute acts and maybe even some illustrious visiting US roots act.

This year, of course, will be very different. Shetland Arts is trialling a couple of socially-distanced events, including an appetising album launch from Ross and Ryan Couper this Saturday, and an online version of its New Year’s Eve celebration.

But while Shetland is not facing anything like the Covid-19 restrictions currently enforced in the central belt, a return to normality remains months away. And the year-long impact on musicians – and the wider artistic community – has been significant.

As a professional musician both in a duo with Tom Oakes and as part of the leading Scottish party-folksters Peatbog Faeries, in a normal year Ross is mostly based in Glasgow when he’s not on the road. 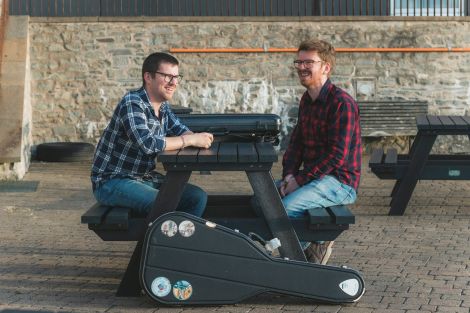 Ross and Ryan Couper will launch their duo album in what will be the first, albeit socially-distanced, gig at Mareel for nine months on Saturday.

But as 2020 draws to a close the dazzlingly talented fiddler finds himself self-isolating back in Shetland ahead of what has abruptly become a rarity: a real, live, in-person gig.

It has been a “terrible year” in terms of income, Ross says, but “what it has done is force us musicians to think in different ways to survive”. He has done online teaching and performances, and recorded virtual sessions where people can join in at home.

Happily it has also resulted in he and guitarist brother Ryan finally getting round to making an album together.

The end result, with the suitably down-home title An Den Dey Made Tae, comes out on Friday and will be launched the following day as part of a new season of Live@Lunch performances.

Ross says: “We’ve always planned on doing it and being home in Shetland for an extended period of time provided us with the perfect opportunity.”

Both brothers are “ecstatic” about the end result and looking forward immensely to getting back on stage: “We’re going to perform as much of the album as we can into an hour, and can’t wait to play in front of a live audience again!”

The arts world’s response to the pandemic has been striking for its maturity and logical acceptance of scientific reality despite so many having their livelihoods largely wrenched from them without prior warning.

Frustration has largely centred on patronising suggestions from government ministers that people who have spent decades building up experience, knowledge and skills should simply go off and retrain.

“It just shows what they really value,” she tells Shetland News. “I saw someone saying that the banks fucked everybody over, and they bailed them out. Musicians and artists create work to enrich people’s lives, and they’ve effectively told people their jobs are not viable.

“There are a load of people who have just jacked it in, and they don’t ever plan to go back to it. These are really talented, amazing musicians, and people in the creative sector in general – whether sound engineers, lots of people other than just those on stage who are not being valued by the government.”

It was “a bit sad because it’s not surprising”, Jenny adds, noting that when filling out a government questionnaire she was offered one very tantalising option: “retrain as an actor!” 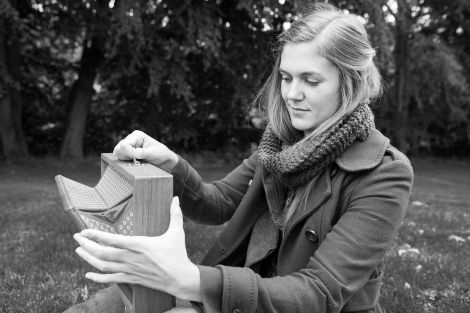 Levenwick-based folk musician Jenny Sturgeon has been hom aboot much more than usual in 2020 but still found time to release a new album and win a Scottish Alternative Music award. Photo: Fiona Stephen

Jenny would normally be looking forward to a few days at home in late December after a calendar year that would usually take in over 100 gigs.

“We were on tour when the main lockdown came, three nights into a 10-night tour, and made my way back here,” she says. “All my gigs this year were rescheduled to next year and they’re already starting to be cancelled.

“I’m still releasing music that was planned anyway. We made the decision whether to hold it back to next year or carry on with it, and I’m glad we decided to release it anyway because I think people are keen to hear new music.”

On that note, look out for a forthcoming feature on Jenny’s new solo LP The Living Mountain – while in November she gained nationwide recognition in the form of a “best acoustic” award from the Scottish Alternative Music Awards.

She has not found it to be a “very creative time” due to the open-ended nature of the upheaval, though it has been “great in some ways” getting to spend “more time than I’ve ever spent here”.

“My way of dealing with it is to not think about it too much, because it would just get a bit depressing!” Jenny concedes.

Over in Norway, fiddler Kevin Henderson says he was lucky at the start of the pandemic to pick up quite a lot of online teaching and live performance work. He was touched by the generosity that came his way in the form of public donations for those shows.

“Looking back I think I was lucky that I got asked at the right time – folk were feeling very generous at that point, and obviously they can’t be generous forever,” he says.

He has also been able to access a crisis package put in place by the Norwegian government, while his band Nordic Fiddlers’ Bloc got back on stage with a gig in Trondheim in September followed by a couple more in October.

“Getting onto a stage and playing music to a live audience again, having that sort of interaction again, was a really positive thing for the mental state.”

Kevin is being “realistic” that it may be another year before regular touring can resume.

“It’s going the wrong way here now [with Covid-19 infections rising] – we’re due to play two gigs in December with the Bloc, but it’s now looking a bit iffy with Anders coming over from Sweden.”

Sound engineer Tim Matthew, meanwhile, has earned his living through touring with bands and latterly through events at Mareel.

Last month he was brought back off furlough to work two days a week with Shetland Arts, but most of his other work suddenly dried up in the spring with no real sense of when touring might resume.

His next set of booked work, a tour with award-winning Scottish folkies LAU, is in early summer 2021 and “I’m fairly certain that’s not going to happen”.

In the meantime he has been washing cars at a local garage and working on the family croft at Selivoe on the Westside.

Two of his sound engineer colleagues have moved on from Shetland Arts, while sound and logistics business operator Derek Hendry has repurposed his enterprise to focus on cleaning and sanitising for the moment.

Tim “spent a certain amount of time mourning the loss” but “currently I have a bit of a job to go back to and I’m one of the fortunate ones who’s had some furlough money”, he says, while much of his sympathy lies with “colleagues in the industry who are purely self-employed”. 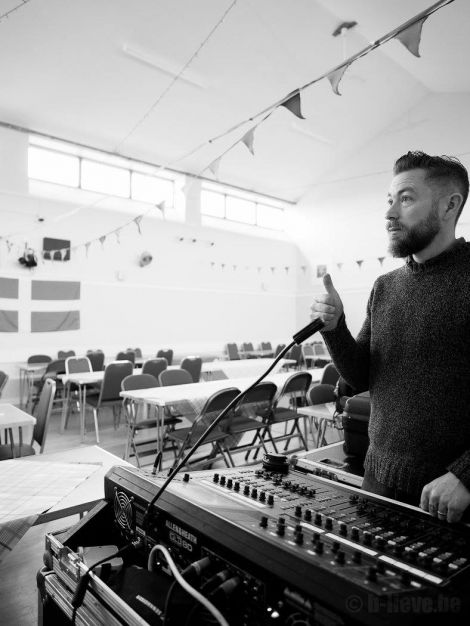 Sound engineer and musician Tim Matthew is one of many facing uncertainty until regular touring is able to resume.

Shetland Folk Festival was cancelled in May 2020 and, while no final decision has been taken for 2021, should next year’s festival take place it is unlikely to be in the usual format.

Organiser Mhari Pottinger says: “I miss the shared cultural experience of witnessing live music and magical moments with fellow audience members, and the exclusivity of that. It’s not the same being part of a massive online audience.”

Music promoter Davie Gardner does not expect to see a “green light proper for gigs anytime soon” given the limited level of government support for the sector.

“If it did happen in some form or other, seriously restricted audience numbers – and in line with that perhaps significantly reduced financial returns – are not good from a commercial perspective for promoters and artists alike,” he says.

Davie adds that audience confidence will be a major factor and it “may not be before a vaccine is widely available before we see any kind of return to ‘normal’”.

Kelly Riddell of local community promoter Ragged Wood says they have tentatively rescheduled some shows for the middle of 2021 with back-up dates into 2022 until there is further clarity. 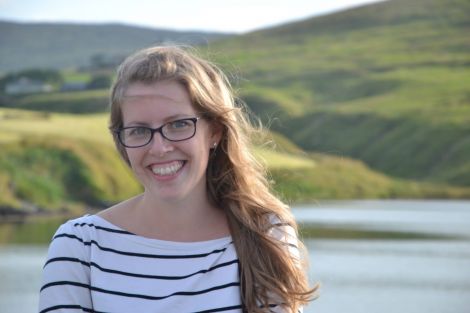 Kelly Nicolson Riddell of Ragged Wood said the promoters were beginning to make tentative plans for the second half of 2021.

They are hoping to look at some small-scale socially distanced local shows early next year depending on Covid restrictions.

Kelly says they are particularly eager to reinstate a regular live platform for talented young local musicians such as High Level Hot Club and Skelburn.

“All you can really do is respect the fact that the priority is dealing with a public health pandemic,” she adds. “Like everyone else we’re looking forward to shows being able to resume, whenever and in whatever form that might take.”