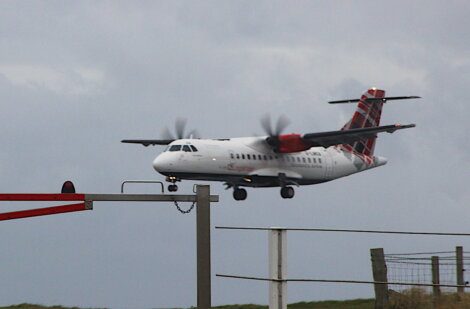 LOGANAIR, the UK’s largest regional airline providing lifeline services to the Scottish islands, has filed profits before tax of just under £5 million for the last financial year.

Celebrating its 60th anniversary this year, the return to profitability after two years of losses due to the Covid pandemic, was achieved on a turnover of £161 million.

Earlier this month the company confirmed that owners Stephen and Peter Bond had appointed advisors with the aim of selling the company.

Chief executive Jonathan Hinkles said the company had achieved a number of significant milestones during the Covid recovery phase including becoming the UK’s third busiest airline behind British Airways and easyJet when measured by the number of flights operated.

Hinkles also highlighted the important role that the company’s charter and contract operations have played in its return to profitability.

Loganair has expanded its contract work in support of the energy industry at Aberdeen and now counts several major football and Rugby SuperLeague teams amongst its client base for bespoke aircraft charter services.

Back in 2020 Loganair also began a contract in partnership with Babcock for oil and gas flights from Sumburgh, which previously operated from Scatsta Airport.

The accounts also show that Loganair has secured a new long-term, five-year contract from 1 February 2022 with Royal Mail to undertake its Highlands and Islands air services, delivering to Scottish islands by day and connecting to Royal Mail’s national network each night. 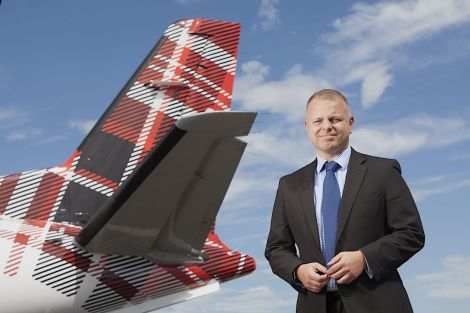 Four larger ATR72-500 freighter aircraft have been introduced to replace Saab 340 freighters for the new contract, with the older Saab aircraft being retired as part of wider fleet renewal plans.

The chief executive said: “The efforts of every member of Loganair’s team throughout the pandemic, and the diversified nature of our business, have enabled the airline to return to profitability far sooner than many of our UK airline industry peers.”

Repayments of the UK Government-backed CLBILS loan taken out by Loganair with Virgin Money to provide financial stability during the Covid-19 pandemic were made across summer 2022, some nine months ahead of the government closure of the scheme.

Loganair employs over 800 staff, the majority of whom live and work in Scotland including nearly 200 staff members across locations in the Highlands and Islands, including Shetland.

Do you have an opinion on the issues raised in this article?
If you would like to submit a response by email to be considered for publication in our letters section, please send it to letters@shetnews.co.uk