FIRE fighters are confident they have “broken the back” of an underground blaze at the Gremista landfill site and that the fire will be extinguished later tonight (Wednesday). 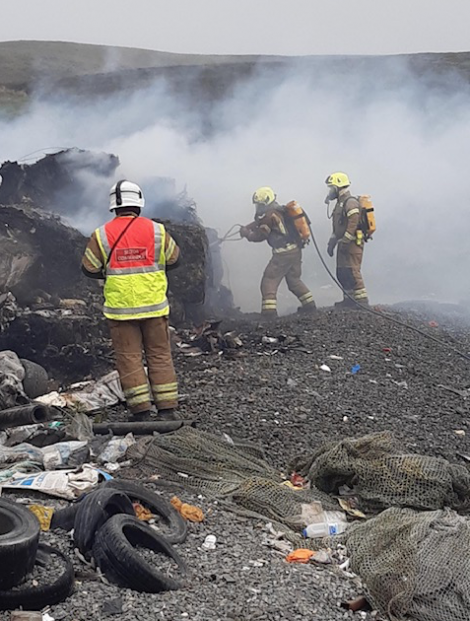 At the height of the fire on Wednesday morning more than 40 fire fighters from across the Shetland mainland were deployed in tackling the blaze.

Appliances from Lerwick, Scalloway, Brae, Bixter, Sandwick and Sumburgh were called to the incident at just after 5am after the crew of a passing fishing boat noticed smoke coming from the landfill site.

Speaking to Shetland News on Wednesday afternoon Shetland group manager for the Scottish Fire and Rescue Service Matt Mason said he wanted to commend the dedication and commitment shown by his volunteer crews to get to source of the “deep-seated fire”.

“The fire teams have worked extremely hard to extinguish the fire,” Mason said.

“We would like to extend our thanks to the council’s waste management team for their help with mechanical diggers which reduced the time that we had to spend on the fire.”

Fires in landfill sites are not uncommon particularly after a relative dry and warm spell of weather, the fire chief said.

He added that from his perspective the Gremista landfill site was well managed due to the way rubbish is stored, while fire breaks have been engineered into the site. 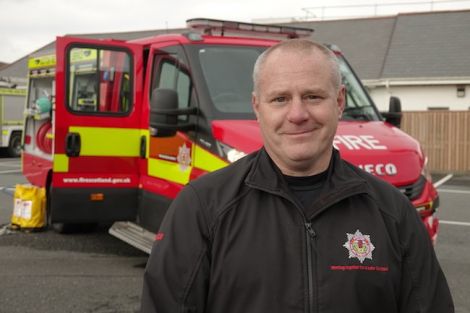 “Despite there being a fire today, it was contained to a small area,” he said.

With the fire expected to be extinguished later this evening, a fire watch will be kept overnight to prevent the hundreds of tonnes of rubbish from re-igniting.

Mason added: “Not only did we respond to a large incident, we also managed to keep appliances available in various locations around Shetland and were able to respond to other incidents as well. This just shows the commitment of our on-call fire fighters.”

A spokesperson for Shetland Islands Council said there were no reports of injuries of any significant damage to property.

In September 2015, it took fire crews more than 24 hours to extinguish an underground fire at the Gremista landfill site when strong winds were blamed for the rubbish igniting.