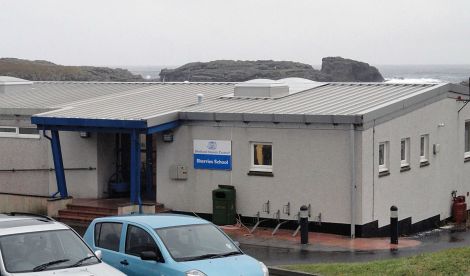 A photo of Skerries school from a few years ago. Photo: Shetland News

SHETLAND Islands Council has spent around £54,000 on its “mothballed” school in Skerries since in shut in 2016.

Figures obtained by Shetland News through a freedom of information request shows that around £13,000 has been allocated in the current financial year for maintaining the school.

The figures also show that £56,304 has been committed to maintaining the mothballed Papa Stour school over the last decade, although some pupils have attended there during that time.

A spokesperson for Shetland Islands Council said the cost of maintaining the unused schools includes energy bills and council tax.

“The schools remain within the estate as part of our commitment to providing education in our remoter isles,” they said.

Schools are mothballed when there are not enough pupils to make them viable. However, they are maintained in case they need to be reopened.

The Skerries Primary School was closed and mothballed in August 2016 after its last remaining pupil moved to another island. Its secondary department closed two years earlier.

The total cost of maintaining the school, including this year’s budget, is £54,252. This equates to around £9,000 a year on average.