CARAVANERS Liz and Steve Cooke, who have visited Shetland four times over recent years, have raised £540 for the local MRI scanner appeal by saving every £2 coin they owned over the course of two years, which they placed into their lighthouse piggybank.

Spending some time in Whalsay, the couple said they felt compelled to raise money as Steve has undergone nine MRI scans throughout his life and believes Shetlanders should have the same access as those living on the UK mainland.

“We watched [the BBC television show] Island Medics, and it upset me to see doctors and nurses washing cars to raise money for an MRI scanner,” Steve said.

“It’s something that’s close to my heart, (…) and I just thought it was wrong when everybody pays national insurance. Having to fly back and forth from Aberdeen for an MRI scan seems stupid to me.

“Because of that, we just kept dropping the money into our lighthouse.”

Liz added that they were pleased to contribute to something that will be beneficial for everyone.

NORTENERGY, the company behind the highly successful Polycrub greenhouses, has been shortlisted for a green award scheme run by VIBES Scottish Environment Business Awards.

The Northmavine based company works closely with the aquaculture sector in Shetland in that it uses recycled pipes from fish farms to build polytunnels that can withstand Shetland’s harsh climate.

SHETLAND Islands Council is looking to install two small wind turbines at the Scord Quarry to supply electricity direct to the site.

The turbines would sit on 15m towers in the grounds of the quarry, which is located on the outskirts of Scalloway.

MEANWHILE the council has re-advertised the post of head teacher at Fair Isle Primary School – despite the job seemingly attracting plenty of interest.

The vacancy now has a new closing date of 3 October.

The job, which would involve teaching three children, has a salary of £56,787. 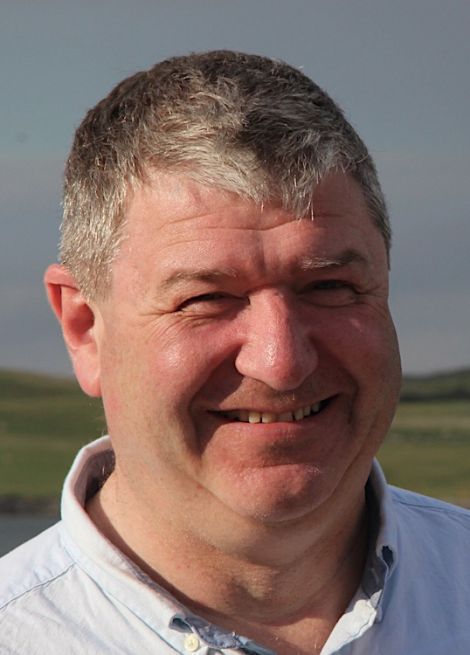 NORTHERN Isles MP Alistair Carmichael has spoken out in parliament on the need for greater government action to ensure the pay and conditions of seafarers.

He welcomed progress that has been made in recent years, including changes to require minimum wage standards on vessels in UK waters, but warned that businesses would continue to flout the law if it were not fully enforced.

“It has been a difficult couple of years for those working in our maritime industry,” Carmichael said.

“During lockdown, many seafarers found themselves in difficult situations, caught between different lockdown regulations – testing, tracing, self-isolating – in different countries.”

THE ROYAL Voluntary Service in Shetland is looking for new volunteers to help vulnerable and isolated people in the isles.

Among the roles people can undertake is being a community transport volunteer, helping with activities and day to day life and providing companionship.

Royal Voluntary Service is encouraging anyone that wants to make a positive difference to find out about roles in their area at royalvoluntaryservice.org.uk

Commissioned service operations manager Sarah Murray said: “Our volunteers are changing and improving people’s lives in Shetland every day. They volunteer completely selflessly, but it’s incredible to see how much their service changes their lives too.”

A CAMBRIDGE based company is proposing to provide uninterrupted 5G connectivity across Scotland through high-altitude, hydrogen-powered aircraft.

Stratospheric Platforms says it has proposed to the government to deliver “complete coverage of the UK” via aircraft operating from Prestwick Airport to offer a “network of masts in the sky”.

The company said each aircraft can simultaneously provide home broadband services to properties in rural and remote areas and 4G/5G mobile phone coverage.