SHETLAND’s homegrown musical talent was recognised this weekend as the Young Fiddler of the Year competition made its welcome return at Mareel.

Fifteen year old Magnus Williamson from Whalsay was declared the Shetland Young Fiddler of the Year 2021, taking home the Frank Jamieson Memorial Trophy after winning both the senior open and senior traditional competitions. 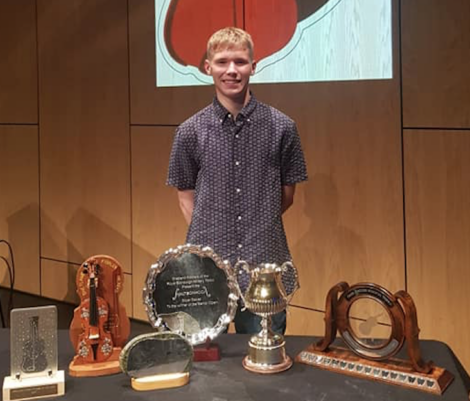 Magnus Williamson with his haul of trophies on Saturday night.

He also won trophies for the best played slow air and reel.

Kristie Williamson took home the trophy for the best played waltz in the intermediate competition.

The competition was held for the first time since 2019 due to the Covid pandemic.

Shetland Folk Society secretary Valerie Watt said: “The variety of traditional and contemporary Shetland tunes played over the weekend has been phenomenal. Our musical heritage is truly safe in the hands of our young fiddlers.” 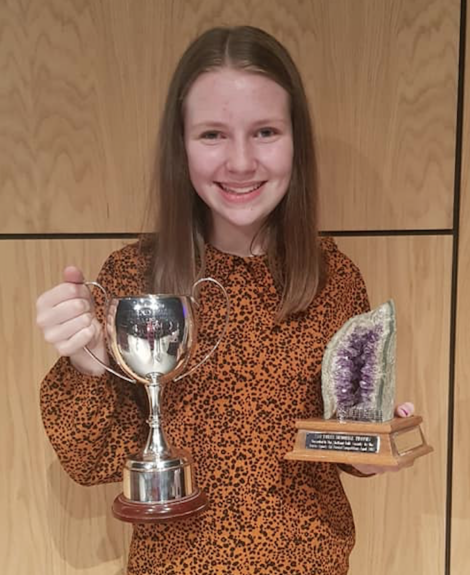 Judge John Robert Deyell said the competition highlighted that there are “so many talented musicians in our community”.

Fellow judge Jennifer Wrigley added it was an “excellent weekend and another truly difficult decision as every one of the performances from the senior finalists deserved to win and were a joy to watch and listen to.”

Stella Wilkie added: “The standard of the music has been very high and choosing winners was a challenge. We are grateful to the committee for keeping us right on the rules of the competition and the criteria for point scoring to help us reach conclusions.”

Yelena Anderson was second in the open senior competition and Maisie Henderson was third.

Ewan Hutcheson was second in the traditional senior competition and Yelena Anderson took the bronze. 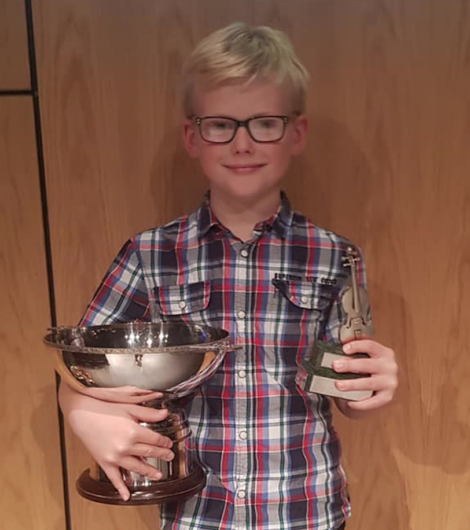 In the intermediate competition Kristie Williamson was second and Isla Scollay was third in both the young fiddler and traditional competitions.

Victoria Byrne McCombie was second with Just Another Double Peg Day and Laurie Morris was third with Redgrove.

Jenny also won the trophy for the best reel in the Shetland style with The Five String Biologist.

For the full results, see below: 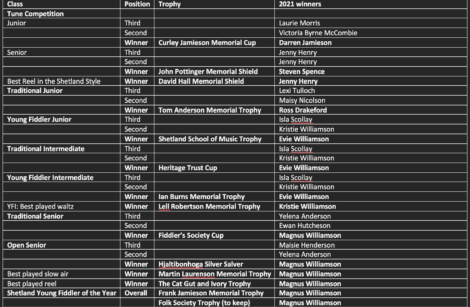