THE ISLAND of Noss – described as one of Europe’s finest wildlife sites – welcomed back its two seasonal wardens this week.

Jen Clark and Sally Reay have taken up residence on the island, which is located off Bressay, in their second season as a pair.

They will monitor the wildlife, including the internationally important seabird colonies, through to September. 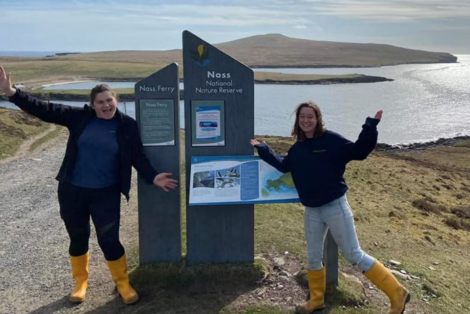 The wardens also help with the public access to the island. To get there you take what must be Shetland’s smallest ferry – a rigid inflatable boat which travels the short distance between Noss and Bressay.

The Noss ferry will run this year from 1 May to 31 August, except Mondays and Thursdays and when sea conditions are unsuitable.

No bookings are required, but folk are advised to ring the Noss information line on 0800 1077818 for daily information on sailings.

Meanwhile plans are also afoot for a Noss Open Day in July, with more details to be announced in due course.

NatureScot operations officer Juan Brown said “We are delighted that Jen and Sally have returned to do another season on Noss.

“We had a perfect day for getting them and all the equipment across Noss Sound on Wednesday.

“They will continue the long-term monitoring of the important seabird populations on Noss, as well as running the ferry and welcoming visitors to the isle.”

Noss – which is well known in particular for seabirds like gannets, skuas and puffins – is a National Nature Reserve, and there is a visitor centre on the island.

More than 80,000 seabirds breed on the island, including the fifth largest great skua colony in the world. 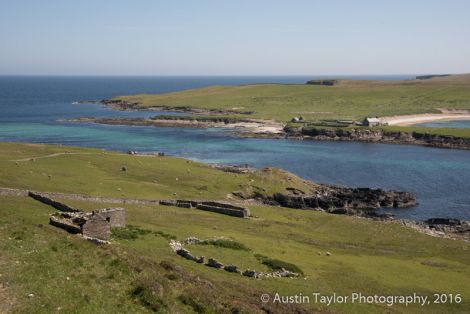 The seabirds have been monitored for decades, with data stretching as far back as 1946.

It takes around three hours to walk around Noss, and those heading to the island can take in some striking views of the island’s cliffs.

Last year Clark and Reay took up residence as wardens on Noss after Covid regulations meant there was no service in 2020.

For most seabirds 2021 was described as a successful breeding season, although a few species saw a fall in productivity.

In that year a total of 108 species of bird were recorded on Noss, which was an improvement on the previous two seasons.

This included a record breaking numbers of willow warblers and pied flycatchers in the spring, and chaffinches in the autumn.

There were also plenty of sightings of otters and seals, while marine animals like white-beaked dolphins and orcas were also spotted.

With a reduced capacity on the boat due to Covid mitigations, around 850 people visited Noss last year – about half the usual number.

More organisations in line to receive funding from charitable trust

Funding secured to replace sails on the Swan