IT IS around 20 years since the last house was built on the remote Fair Isle.

But that could be all about to change in the coming years after planning permission was granted for a rare new build on the island.

Marie Bruhat, who already lives in Fair Isle, has secured consent for the single-storey house on a croft at Pund in the island, which sits between mainland Shetland and Orkney and has a population of around 40. 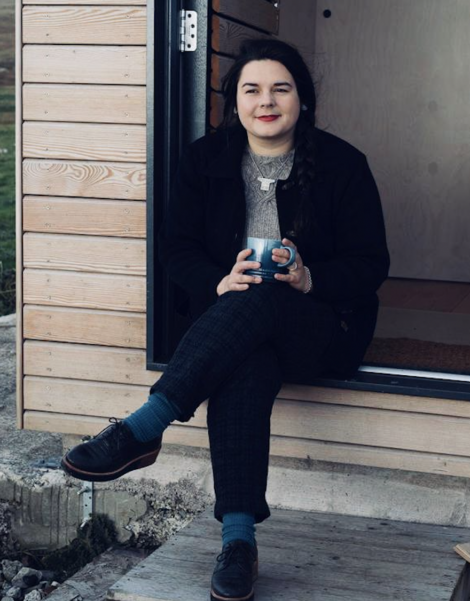 She has already revamped the derelict croft with a small bothy which she runs a knitwear company from.

Bruhat, though, said the house project goes beyond just giving her a new home, as the knock-on effect could be a new family potentially living in Fair Isle,

This is because once built she would be vacating her house she currently rents from the National Trust for Scotland, which owns the island.

Planning staff ruled that the proposed new house has been “sensitively designed to fit in well with the character of the natural and built environment, whilst its traditional style and form is reflective of other residential properties in the locale and the settlement pattern in Fair Isle”.

Bruhat said the hope is to start construction in 2024 or 2025, and she praised CASE Shetland for their help with the design and planning submission.

The knitwear designer said it was a “simple design that ticked all my boxes” – whilst keeping in mind the constraints of building on such a remote location. 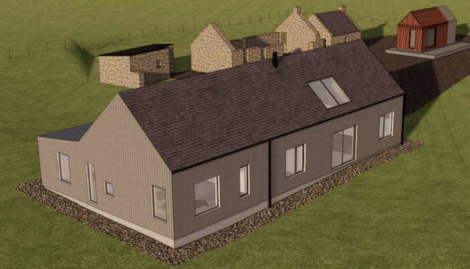 An image of what the house would look like.

“It is really exciting because Fair Isle depopulation is completely linked with the lack of housing, so this project goes beyond just me giving me a new house and allowing me to live on the croft,” Bruhat said.

“It’s also giving hope for a new family to join the community as the house I currently rent from the Trust will become available once I move out.”

The islander was spurred on to look into the idea after the success of her bothy project, which was constructed last year.

It was delivered in a flat-pack kit and gives Bruhat additional space for her knitwear business, with Highland and Islands Enterprise providing funding for half of the cost.

The croft buildings on the site are currently derelict, but they have history. The main one, for instance, is said to have been used during the Second World War as an infirmary.

Bruhat felt it was too costly to rebuild the main old croft building, adding that it has a small footprint.

But she said she wants to preserve the old building as much as possible, and potentially revamp it in the future. 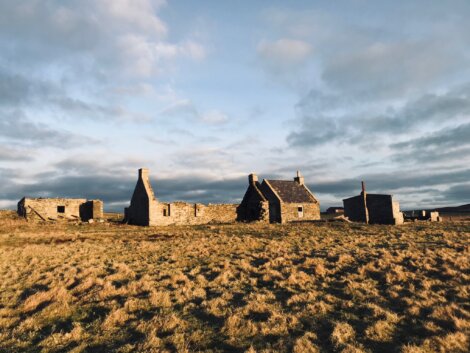 The croft prior to the bothy being installed last year. 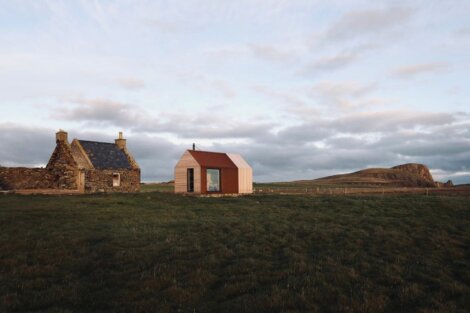 …and the croft with the bothy installed. Photo: Sophie Gerrard