THE ISSUE of oil-laden tankers sitting off the coast of Shetland until market conditions change is to be discussed at a council meeting next week.

Councillors on the harbour board will be updated on the matter on Wednesday. Meanwhile the fully-laden tanker Hovden Spirit has been lying off Gulberwick since leaving Sullom Voe Terminal on 23 January.

A report said that “engagement is ongoing with the industry”, while it will also be discussed at the next meeting of the Sullom Voe Association.

The council report insists that no regulations are being broken, but concerns have been raised over the potential environmental impact of fully-laden tankers lying near the coastline.

The issue was first raised in November last year by former councillor and honorary warden of the Noss Nature Reserve, Dr Jonathan Wills.

Dr Wills called on Shetland Islands Council to consider taking action against tankers leaving Sullom Voe Terminal after loading hundreds of thousands of barrels of crude and then sheltering off Shetland while waiting for orders and oil prices to rise.

Quoting the Sullom Voe vessel traffic service (VTS), Dr Wills said it was clear to him that ‘precautionary areas’ to the north and the east of the islands should be avoided by tankers and only entered when the ships make their final approach to the oil port. 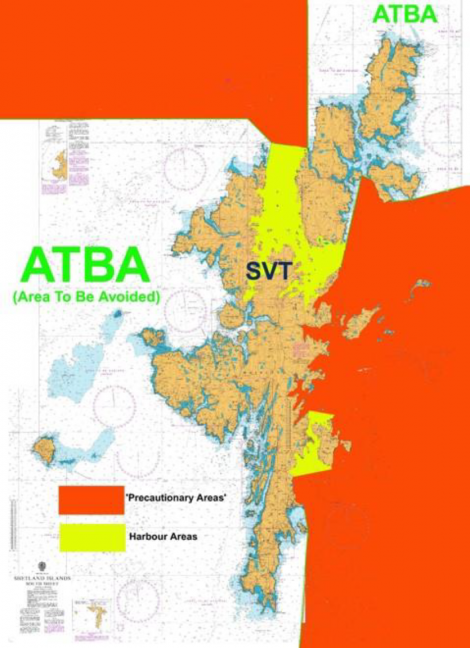 At the time he was supported by the local fishing industry. The council, however, declined to comment properly on the issue.

Now the report to councillors, from infrastructure director John Smith and harbourmaster Greg Maitland, said that since the onset of the oil and gas industry in Shetland the council has “consistently highlighted the priority of environmental protection in all engagements with the oil industry”.

“As there are not full local powers and jurisdiction of the seas and maritime regulations around Shetland, a good deal of that protection activity has had to be achieved in partnership and co-operation with others,” it adds.

It highlights that Shetland has ‘areas to be avoided’ for oil tankers, to the south west and north east of the isles, from 10 to 20 nautical miles out to sea.

There are also areas designated as ‘precautionary areas’ out to 20 nautical miles, to the north and east of Yell Sound where Sullom Voe tankers may be encountered, and ‘harbour areas’.

The Maritime and Coastguard Agency previously said that precautionary areas around Shetland have been designed to allow vessels to approach the ports of Lerwick and Sullom, and to “ensure that vessels navigate with particular caution”.

The report to councillors adds: “It has been customary for many years for the shuttle tankers servicing the Foinavon and QUAD204 offshore loading facilities West of Shetland to shelter at anchor or using dynamic positioning within the precautionary area to the South of Lerwick.

“This area is outside the port of Lerwick harbour limits. These tankers are typically ‘lightship’ waiting to go and uplift a cargo from an FPSO [floating production storage and offloading unit], but occasionally they are in part cargo having had to pause a loading operation. These vessels are not in breach of any maritime regulations.”

The report said that tankers calling at Sullom Voe have not historically used this anchorage or shelter area close to Shetland until recent months.

“Since then there have been a number of instances where a tanker leaving Sullom Voe has broken its journey to layby close to Lerwick, and remained there for some time. These vessels are not in breach of any maritime regulations either.

“The council is working to clarify the reasons for that change of practice with the oil industry, and seek to return to direct approach and departure of SVT tankers to and from Shetland waters without in-shore layby.” 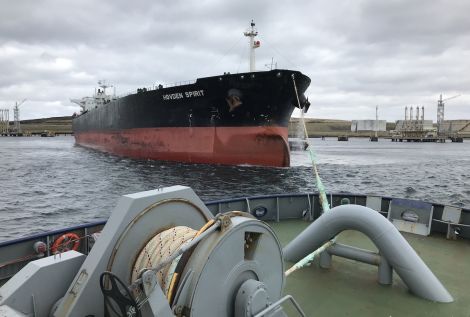 In a statement last night (Thursday) Dr Wills said he disagrees with this view.

“I am relieved that council officials are ‘working to clarify’ the reasons for Sullom Voe tankers using the area between Noss and Mousa as a floating crude oil storage depot and that the council will ‘seek to return to’ the prudent custom and practice which until about six months ago kept these vessels more than 20 miles offshore, except when entering or leaving the port of Sullom Voe,” he said.

“It is, however, astonishing that the council has not simply informed the oil companies that it requires them immediately to abide by the agreement they voluntarily entered into many decades ago, and which there is no reason to alter.

“It is indeed true that ‘useful lessons can be learned and shared’ from recent multiple breaches of the agreement — described as a ‘purported’ agreement by an ignorant press officer for the Maritime and Coastguard Agency in Southampton.

“The most useful lesson is perhaps that emollient waffle by council representatives, apparently trying to ingratiate themselves with the oil companies, is unacceptable to the public who pay their salaries.

“We expect them to make sure the oil industry fully complies at all times with ‘The Shetland Standard’ of environmental protection, so loudly trumpeted by councillors in the aftermath of the Braer oil spill 28 years ago.

“The current failure to do this does indeed ‘prejudice environmental protection’.  It also encourages the industry to believe that these sensible safety precautions are negotiable.  They are not.”