A THREE month old ringed seal is hoped to be on its way to the Arctic after being released by wildlife enthusiasts in Shetland.

Named Hispi, the seal pup was spotted at Cove Bay, just south of Aberdeen, about two months ago.

Since then, it had been looked after by the Scottish SPCA at its wildlife rescue centre at Alloa. 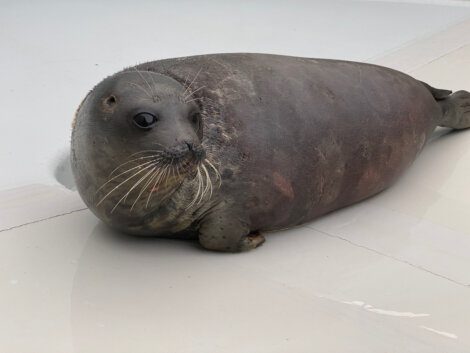 The ringed seal at the Hillswick Wildlife Sanctuary on Friday.

Wildlife assistant Sian Belcher said the animal had taken on a lot of weight while in the care of the animal charity.

“He is nice and fat, we got him to 31 kilos from 10 when he was admitted. He was getting 10 per cent of his bodyweight in fish morning, lunch and evening and put on weight amazingly,” she said.

The pup was initially mistaken to be common seal but was later identified as a ringed seal, a species normally found in Arctic waters.

The animal was flown to Shetland on Friday to be released as close to home as possible. 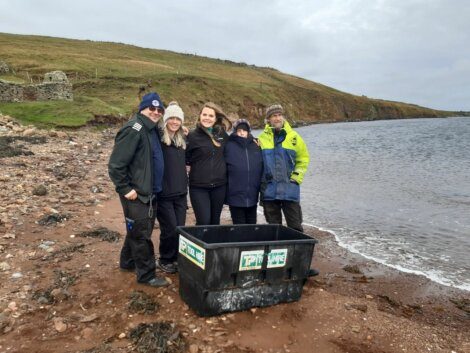 Belcher said: “The release went amazing; Jan and Pete found the most perfect little bay and off he went. It had an opening towards the Arctic, so we sent him off in the right direction.

“He was definitely ready to be wild again. It was amazing to see him go; he didn’t hang around.”

Asked whether it is justifiable to fly a seal from Inverness to Sumburgh in the light of climate change and the global climate conference COP26 starting in Glasgow in a week’s time, she said releasing the seal in Shetland was about “giving him the best chance”.

“Releasing him any further away from the Arctic would add to the distance he needs to travel. We like to assess our release to give the best possible outcome for the individual.

“In this case I think we have done a great job, and with the help of Pete and Jan this has been a wonderful experience.”

The SSPCA said ringed seals have only been sighted 12 to 30 times in the UK over the last 100 years, but it is believed they might be more common in UK waters as they are often mistaken as common or harbour seals. 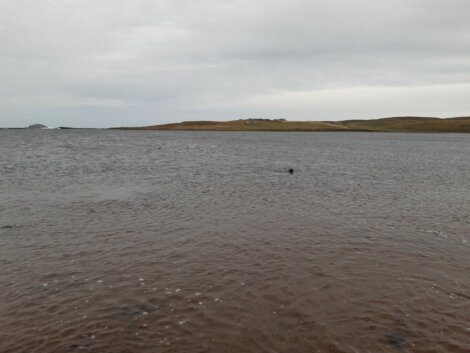 Get tested for Covid before travelling to the Northern Isles, health boards urge visitors