WELCOME to Shetland News’ live coverage of the North Isles council by-election count at the Clickimin in Lerwick.

Votes were cast yesterday (Thursday) and the count today should be fairly quick – it is kicking off at 11am with the result expected shortly after.

The by-election took place because only two candidates came forward for the ward’s three seats in May’s local government election.

That wraps up our live coverage – with a fuller piece with Thomson to follow later. 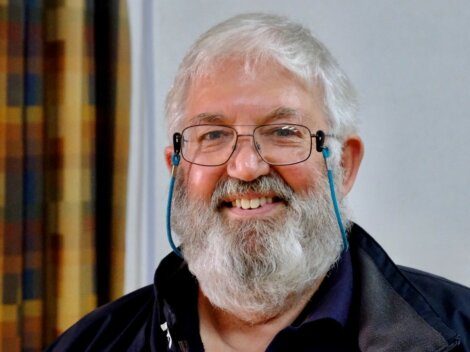 Speaking after his election victory, Robert Thomson said he supported the idea of fixed links for the North Isles.

He also said he felt he had a strong mandate from the North Isles electorate – with the former development worker a clear winner.

In second place was Sonia Robertson with 106 first preference votes.

Coming in third was Gary Cleaver (100), with Marie Williamson (92) following in fourth.

Picking up the least votes was Stewart Douglas (13), who was the only candidate not present at the count.

We have a winner – Robert Thomson has been elected for the North Isles. 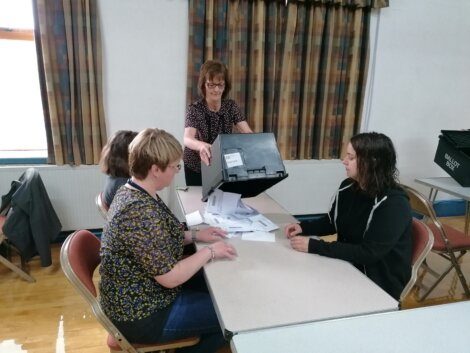 The counting is now underway.

Today’s result will bring the council up to its full complement of 23 elected members.

Already representing the North Isles are Duncan Anderson and Ryan Thomson, who were both incumbents having been first elected in 2017.

Each of the five candidates provided Shetland News with information on their main issues during the election campaign.

The inter-island ferry service, which has suffered disruption resulting from staff shortages in recent months, was a key topic in the campaign.

Some other topics on the mind of candidates included housing, connectivity and the cost of living.

One candidate has previously been a councillor – Gary Cleaver, who represented the North Isles between 2012 and 2017.

Meanwhile both Stewart Douglas and Marie Williamson tried their luck in May’s elections in different wards but missed out.

Read more about the candidates here.

Council elections underway as voters head to the polls

SHETLAND Citizens Advice Bureau has turned 30 years old – and the charity is busier than ever. The organisation, which offers free, confidential and independent advice to local people on any problem, has been serving the islands since 1992. A small birthday celebration will be held after the CAB’s AGM tonight (Thursday) at the Islesburgh […] Shetland News …

THE SHETLAND community – and some visitors – rallied together this morning (Wednesday) to rescue a minke whale which had become stranded on the Levenwick beach. The young whale, which was around three metres long, eventually swam out to sea after being refloated. NatureScot marine mammal advisor Karen Hall was one of those involved in […] Shetland News …

WELCOME to Shetland News’ live coverage of the North Isles council by-election count at the Clickimin in Lerwick. Votes were cast yesterday (Thursday) and the count today should be fairly quick – it is kicking off at 11am with the result expected shortly after. The by-election took place because only two candidates came forward for […] Shetland News …

“EACH one of those people are somebody’s somebody, so one death is one too many, because they are preventable.” That is the message from NHS Shetland’s alcohol and drug development officer Wendy McConnachie after figures were published last week on drug-related deaths. Shetland recorded a total of four such deaths in 2021, the same figure […] Shetland News …

Dear Mr Garrett, As you may have seen in the local news, I have formed a petition to replace the pods with something that people will allow people to get a good night’s sleep, because right now there’s at least 1,700 ferry users who feel that the pods are not fit for purpose. Many people […] Shetland News …