TWO brothers have raised over £1,000 for men’s health charities by running a marathon between their respective houses in Brae and Quarff.

Jono and Wills Sandilands completed the marathon distance on Sunday (22 November), joined for the final 5km by Jono’s wife Tina after she completed a couch-to-5k challenge. 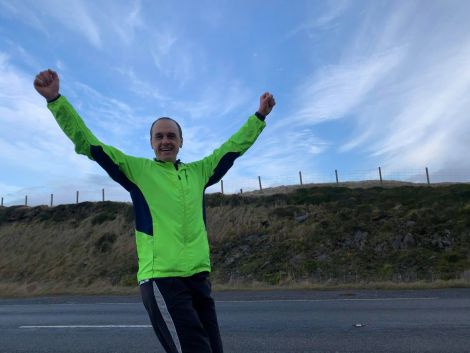 Wills said he challenged his brother to do the run before this winter’s solstice.

On Sunday afternoon a small socially-distanced welcoming party was there to cheer the trio across the finish line at Jono and Tina’s home in Quarff. 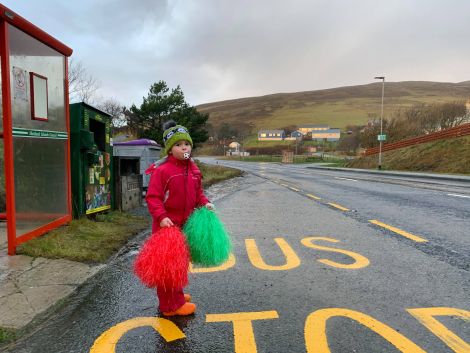 Four year old Evie Jeromson was among those cheering the Sandilands on along the route. Photo: Catherine Jeromson.

Jono said they had been training for the past five months at a “slow and steady” pace to allow them to “complete the distance rather than beat the clock”.

“But once we got going, we got into a steady rhythm and made good time, even through the rain and hail showers,” he said.

“There were certain points we struggled but having people support us during the run helped us keep going and gave us motivation to complete the challenge.

“In the end we beat our targets and we’re delighted to have crossed the line together as a family.”

They decided to use the challenge to raise money for ‘Movember’, a leading charity in efforts to change the face of men’s health.

Wills said they were focused on issues including prostate and testicular cancer as well as mental health and suicide prevention. 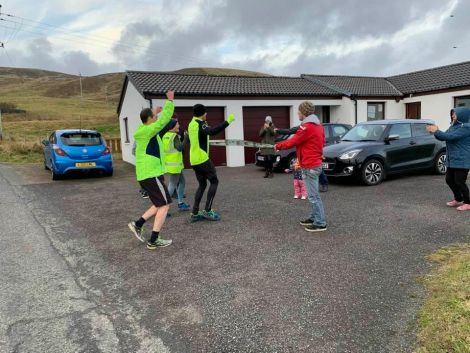 “Our dad had prostate cancer several years ago which was quickly dealt with and he is now fully recovered thanks to the awareness to catch it fast,” he said.

“Movember can help many others become aware to help stop men dying too young.

“And in the times we are currently living in there needs to be as much help offered to everyone who needs a helping hand.”

They initially set a target of £500 but as of Monday lunchtime Wills, Jono and Tina, aka ‘The Snot Rockets’, had raised £1,122 and counting.

Jono said: “We are so grateful for all the donations and support and especially to all the supporters en route that boosted us on our way.” 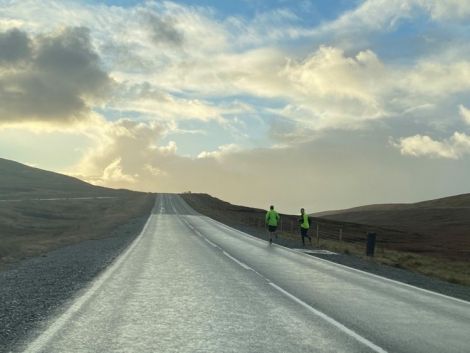