THERE is mixed opinion in the Sandwick community around the planned new Co-op shop in the village, a local councillor has said.

George Smith, however, said he “sincerely hopes” the developer is right in its claim that a Co-op will not threaten the viability of local shops.

The convenience store at Stove was given planning permission last week, with construction due to start next year.

Whilst the prospect of a new £1.2 million shop – and around 20 new jobs – would be welcome news for many, there is serious concern over the impact on local retailers.

The new Co-op will be a matter of metres away from the existing Sandwick Baking Company shop. 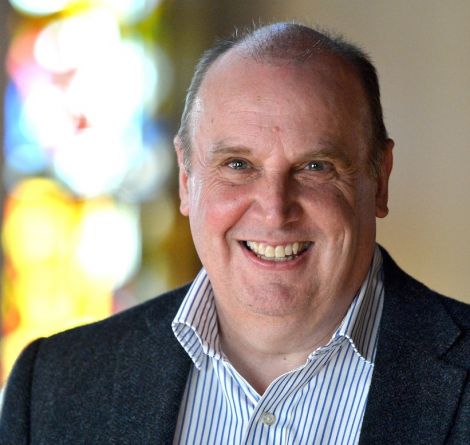 Smith said that if social media is any barometer of public opinion, then “there is clear support from many people for the Co-op convenience store in Sandwick”.

“That being said, I have had a good number of concerns raised with me over the last while from individuals as well as the business community in opposition to this development,” he reflected.

Smith clarified that the Co-op was given permission from planning officers because the community council did not lodge a formal objection due to the mixed opinion in the village.

The community council said it had “extensive consultation” with local people.

A proposal for a similar Co-op store at East Voe in Scalloway is due to go in front of elected members on the local authority’s planning committee because the village’s community council objected.

Smith added that planning documents show that the new Sandwick shop has been modelled on a projected turnover of £1.6 million per annum.

This was based on analysis by a company paid for by the developer.

“I cannot help but think that the vast majority of that £1.6m figure has to be displacement of existing spend in other places,” Smith reflected.

“I would think it is inevitable that the biggest impact locally will be on Sandwick Baking Company which as well as being one of the few independent bakeries left in Shetland, also stocks local meat and dairy products and provides a valuable post office service.”

Smith added that a number of folk highlighted the support the owners and staff at the Sandwick shop had offered to customers during the pandemic with regular home deliveries.

“I sincerely hope the developers are right and that the advent of a Co-op convenience store in Sandwick does not lead to the demise or closure of any existing business,” the councillor said.

The planning application was submitted by property developer Seamount.

Director Alastair Ness said: “We have engaged extensively with the local community and other stakeholders throughout the planning application process and I’d like to thank all of those that took time to respond to the consultation.”