A NEW study has highlighted the economic benefits Scotland’s emerging space industry could bring – with plans for a launch facility in Unst playing a key part.

Analysis commissioned by Highlands and Islands Enterprise (HIE) said that the UK could see cumulative spaceport services revenues of around $490m (c£350m) and $5.8 billion (c£4.2 billion) in launch revenues over the next decade.

Vertical launch sites are proposed for Unst, Sutherland and North Uist, which could support the launch of satellites into orbit.

HIE’s strategy and regional economy director Martin Johnson said: “These findings show the UK space sector is set for considerable growth this decade, and that presents a tremendous economic opportunity for Scotland.

“This growth is largely driven by our increasing use of devices such as smart phones and watches and streaming services, as well as the need for accurate Earth observation data for a range of uses including monitoring climate change.

“The Highlands and Islands is ideally placed to host launch services at a number of locations that offer good access to orbit and other advantages.”

SHETLAND Food and Drink says an “unprecedented number of local businesses” have become new members of the organisation.

As well as securing subscription renewals from 50 firms, 32 new member businesses have signed up to the organisation which offers a collective voice for Shetland’s food and drink sector.

Accommodation providers, crofters and representative organisations are amongst the new recruits who lend their support to an established community of food producers, hospitality businesses, retailers, tour guides and allied companies.

Shetland Food and Drink chairwoman Marian Armitage said: “We are encouraged by the mandate that 2021 membership sign-up levels give to the exciting promotional activities we have planned this year.

“Never have local businesses needed our help more, and never before have we had a fuller programme of training, networking and marketing opportunities to offer our growing collective.” 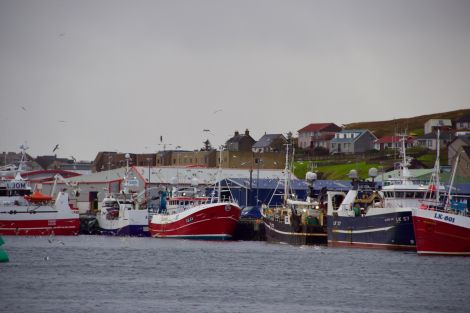 A NEW fund has been set up in Scotland to replace the European Maritime and Fisheries Fund (EMFF) after Brexit.

The EMFF has committed over £96 million to the marine economy in coastal communities across Scotland since it opened in 2016. It is now closed for new applications, but will continue paying grants until 2023.

The Scottish Government’s replacement Marine Fund Scotland (MFS) has a one-year budget of £14 million, meaning all projects must be completed by 31 March 2022.

Fisheries secretary Fergus Ewing said: “MFS will replace the outgoing EMFF and support growth in our Blue Economy, provide vital investment in the Scottish marine industries and seafood sectors and protect jobs and livelihoods in our coastal communities at a time when many are facing acute hardship due to Brexit and the pandemic.”

The UK Government has also promised to provide £100 million on a nation level to support fishing industry modernisation and innovation.

TWO people from Shetland have been selected as ambassadors for international social enterprise Island Innovation.

Maria Bell from local tech company Mesomorphic and SHEAP’s Derek Leask have been picked for the roles.

Ambassadors serve as representatives in a network of island communities from around the world.

They will collaborate on creating a virtual island summit, which will be held online in September.

Bell said: “We look forward to sharing our experiences and learning from other islands who have built and grown their digital economy in rural areas.”

Leask added that SHEAP – which operates the Lerwick district heating scheme – got involved to see how other islands carried out waste management and energy production.

“It’s great we can make Shetland part of this initiative and we look forward to playing a full role in the project throughout the year’s programme of events and meetings,” he said.