The study revealed a shocking 54 per cent waste of all energy generated or bought in (mostly heat which is the most expensive energy type). The value the study attributed to this waste was a staggering £9.5 billion per annum. 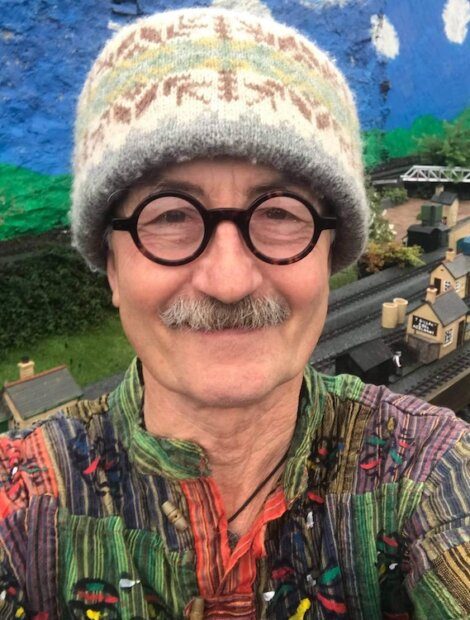 Let’s leave that there to sink in and I will return to it.

The two biggest loves in my life are the environment and engineering, so it’s no surprise I have a serious interest in the renewable energy debate. But long before I form any opinion or feel able to support either the pro or anti side of an issue, I study the practicalities, the engineering sense behind it, the political and financial aspects, the effects on both the local and wider environment, the effects on the people that will be most affected and finally, if the development or proposal solve the problem it portrays to solve or at least improve it.

Some years ago, during the long, contentious and community excluding planning process involving Scottish & Southern Energy Plc’ (SSE) application to construct the massive Viking Energy wind farm, I decided that it was far too big and inappropriate for such a tiny group of remote Scottish islands, renowned for its undeveloped natural state and famous for its land and water based wildlife.

We lost the battle here a few years ago and the diggers are now ripping the ancient peat apart.

This however has not stopped me studying more, investigating all the issues, talking to people in similar situations around the world as well as experts in peat disturbance, energy generation, hydrology, grid infrastructure and many other folk with different but relevant skills.

This eventually led me to the discovery of the energy industries’ Dark Secret which is so easy to see once a light is shone on it.

However, the energy industries’ choice (all eggs in one basket) of wind generation as the focus of its transition is not based on any environmental best practice and is entirely based on profits from a mix of energy sales, wind farm subsidies and now the growing constraint payments, which are/will be compensation payments for being told to stop the wind turbines when there is too much wind blowing over the country.

The energy industries’ Dark Secret is quite simply all about the waste energy with its (£9.5 billion value) referred to above, and that’s why the industry keeps it a secret, avoids all debate about it, nor will engage in any meaningful waste reduction initiatives.

The simplest and most efficient solution to any problem is to deal with the root cause and not its effects. The root cause here is that over half of the energy derived from fossil fuels is being wasted.

The solution then would be to deal with this waste element first by cutting the waste percentage as far as possible through a range of measures, which would then allow the real dirty generation to be shut down, with a significant reduction in atmospheric pollution almost immediately.

The energy industries’ Dark Secret of profiteering (£9.5 billion per annum) from the wasted energy is also the main reason for its push for blanket wind farm coverage.

The more wind farms it brings online the greater the subsidies and the greater the constraint payments become, as the grid gets ever more difficult to manage the growing and fluctuating wind contribution.

Wind generated energy, allegedly green as it is, also produces its own unacceptable level of 54 per cent waste, which I would argue, completely undermines any green wind energy credentials.

So now ask yourself this, in absence of anything to cut the waste energy (which is a huge earner in itself) does the proliferation of wind farms across Scotland and the isles look like a genuine environmentally sound carbon reduction practice, or, a manipulation of the whole energy system to increase profits?

In my considered view it’s now abundantly clear that it is profits alone that drives the energy industry’s dash for wind and nothing to do with climate change or the green agenda.

Another discovery in all this was that the energy industry needs an unfair planning playing field to stalk and pick off small vulnerable communities and explains why the energy industry’s political arm, the Scottish SNP Government and their new partners in crime, the Scottish Green Party, have been so vehemently opposed to years of demands to reform the Scottish planning system and remove the ‘skewed in favour of the developer’ aspect and allow local communities or individuals affected, equal access to the whole process, including the rights of appeal, which the developers have had for years.

There are thousands of people from hundreds of Scottish communities that have been, are being and will be blighted by inappropriate or damaging developments that they have had no inclusion in and will not have, until reforms right this wrong.

You may or may not agree with my conclusion on all this, but the evidence of silence and lack of industry/political debate or activity on addressing an annual £9.5 billion of waste energy and its associated C02 emissions is astonishingly noticeable in its absence.

The server encountered an internal error or misconfiguration and was unable to complete your request.

Please contact the server administrator at webmaster@whatsoninshetland.com to inform them of the time this error occurred, and the actions you performed just before this error.

More information about this error may be available in the server error log.