SHOWING off your home to strangers can be a daunting prospect – but how about inviting in the whole of Scotland for a look?

That is what a couple of local homeowners are set to do when their houses are showcased on BBC TV show Scotland’s Home of the Year on Wednesday at 8pm.

Each week the judges mark the shortlisted properties out of ten, but in each region of Scotland only one can go through to the grand finale.

After Iain and Suzanne Malcolmson’s Nesting home featured on the show last year, this time houses in Burra and Kergord are included.

Wendy said she first applied for the programme in 2019, but she was too late.

However, producers got in touch with her last year to ask if she was still interested.

“I said yeah, and we just waited to hear and thought nothing would happen with lockdown and everything,” Wendy said.

“But when the restrictions lifted a bit and they said they were coming up, it was all go to get the house ready.” 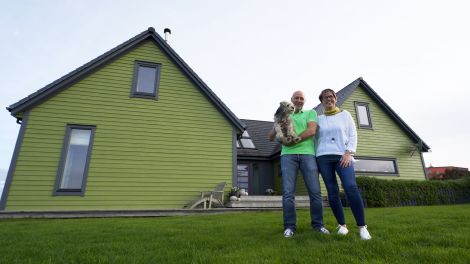 Da Hen Run is not just a home, however – it is where Wendy works with her popular Burra Bears business.

When asked what makes a perfect home, she said: “Everybody’s perfect home is different is because it’s what it means to you.

“I think when you’ve built a house and you change it and make it yours with the personal things that you put in it, that’s different to building a house. We designed and built this house, so there’s a lot more to it.”

Some key features the couple were keen on during the design phase was to have plenty of open space which would allow light to stream in all year round.

Wendy also revealed that Lego building blocks came in handy when visualising what the house would look like.

“It was difficult for me because I couldn’t imagine what it was going to look like,” she said. “So to get the scale and the size of it compared to our old house, we had a big box of Lego, and we actually built the floor plan in Lego.

“It was a really good thing because you could move walls quite easily. So to be able to build it in Lego was a great help.”

There will be plenty of questions, meanwhile, around the unusual name of the house.

“It doesn’t really mean anything to us,” Wendy laughed. “The man who bought the land from, when we were looking at the park here, there were a whole lot of stones in the middle of it. I said did it used to be something? And he said it was the hen house.

“Then I said so the bit of land behind it? He said it was the hen run. That’s where the house was built, so rather than thinking up some complicated Scandinavian name we just said we’ll keep it as that.” 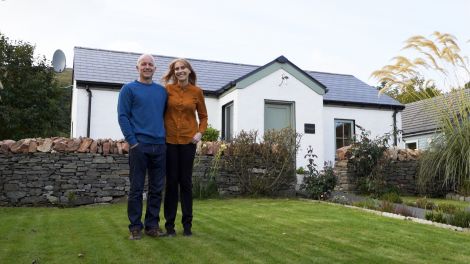 Over in Kergord, Julie Talbot and her partner Gary are showcasing the renovated crofthouse Evrabister.

The house comes with a rather romantic backstory. A few years ago Gary was selling the house, with Julie coming to view it – and to cut a long story short, the pair are now engaged.

“After viewing the cottage, Gary messaged me offering to show me some safe cycle routes in Shetland, which I thought was very kind of him,” she explained.

“We only started dating after he accepted a bid on the cottage from someone in England. That bid subsequently fell through and Gary asked me if I still wanted to buy the cottage, which of course I did. 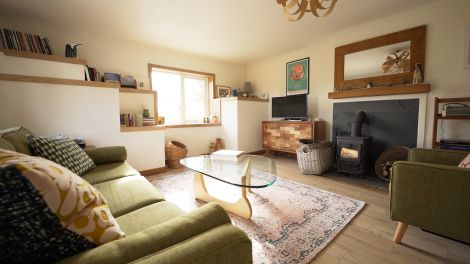 “Almost three years since getting together, we’re now engaged. Gary is currently busy continuing to build his own home – where he’s also now living – and Evrabister is now his weekend retreat.”

When asked what her interior or house design influences are, Julie said she is a “firm believer” in either buying furniture made to last, or buying second hand.

“I’m a huge fan of charity shops and have been amazed since moving to Shetland at the wonderful pieces I’ve been very fortunate to find,” she said.

“My weakness is buying second hand pottery and then sparking colour schemes in my home from say a 1950’s Swedish tea set or a 1970’s West German floor vase.”

She also said a perfect home for her would be one that is “filled with love and with bits and bobs that mean something sentimentally”.

“Also, somewhere to retreat to and to hibernate,” Julie added.

Letting the country have a nosy around her home, meanwhile, will be “surreal, for sure”.

“I’m most looking forward to hearing the reactions of my lovely daughter, who lives in London, and my family – who live in Birmingham – as they’ve not been able to visit Evrabister since I bought it and made it my home,” Julie added.

Covid themed Up Helly Aa bill at the Cross