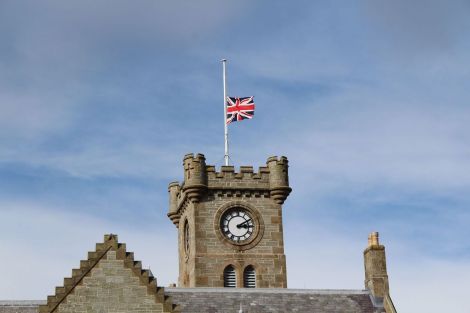 A UNION flag flies at Lerwick Town Hall at half mast following the death of Prince Philip today (Friday).

It was announced earlier that the Duke of Edinburgh passed away this morning at Windsor Castle at the age of 99.

“For over seventy years, he was a constant support to Her Majesty the Queen, at her side through many royal engagements. After his distinguished wartime naval service, he nonetheless made his own significant contribution to British life, through his patronage for hundreds of organisations.

“We mourn his loss and send our condolences to Her Majesty and the Royal Family.” 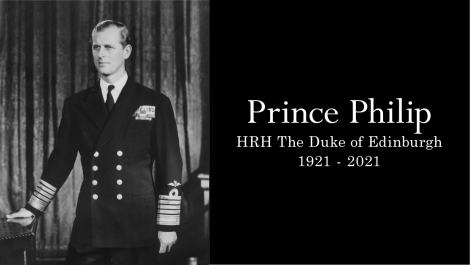 Lord Lieutenant Bobby Hunter said: “Prince Philip has been a familiar sight alongside Her Majesty throughout her reign.

“He has undertaken countless royal duties, and left his mark on British history as the longest ever serving consort to a British monarch.

“His support for so many charities and organisations, including the Duke of Edinburgh Awards Scheme, and many others, was truly remarkable. I offer my heartfelt condolences to Her Majesty and the Royal Family at this sad time.”

The union flag will play at half mast on Lerwick Town Hall until Prince Philip’s funeral. There will be no local Book of Condolence at Lerwick Town Hall due to current Covid-19 restrictions. Anyone who wishes to leave a message of condolence can do so electronically at www.royal.uk/

Candidate for the Liberal Democrats Beatrice Wishart said: “I extend my deepest sympathies to Her Majesty the Queen and the Royal Family following the sad news today about HRH Prince Philip, The Duke of Edinburgh, who gave a life of service to Queen and country.”

The server encountered an internal error or misconfiguration and was unable to complete your request.

Please contact the server administrator at webmaster@whatsoninshetland.com to inform them of the time this error occurred, and the actions you performed just before this error.

More information about this error may be available in the server error log.