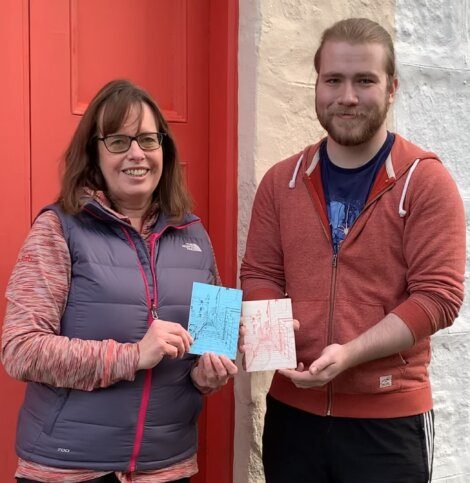 Shop manager Caroline Carroll and shop assistant Leon Riise with the tokens, which have a combined vintage of 61 years. Photo: Shetland News

GIFT token expiry dates are the bane of many a modern consumer, but it’s not something that will trouble shoppers at Harry’s Department Store – which has just redeemed a token issued some 34 years ago.

One of the timeworn tokens was issued a week before Christmas in 1987, with the customer able to redeem the final £1.06 outstanding, while they also had a £10 token issued in July 1994 – a mere 27 years ago.

Both bear the handwriting of shop manager Caroline Carroll and were taken as payment on Thursday by shop assistant Leon Riise, who was still some way off being born when the tokens were purchased.

Caroline said she had begun teaching college on the mainland two months before the older of the tokens was issued and would have been back home working in the shop for the Christmas holidays. 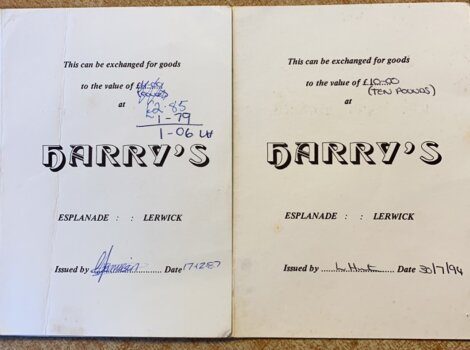 “There was actually two tokens that came in together, the one I put up [on social media] as it was the oldest and I’d signed it,” she told Shetland News. “The other was from 1994 which was also written by me but signed by another staff member.

“We always honour our tokens, I don’t know why we wouldn’t as we’ve received the money for them.

“It’s nice getting these older ones back and seeing the staff signatures on them. Some nice trips down memory lane back to where you were at that point in time.”