NORTHERN Isles MP Alistair Carmichael has criticised the UK Chancellor’s spending review for a lack of ambition in the wake of the Covid-19 pandemic and just five weeks ahead of the EU transition period ending.

The topic of Brexit was notable by its absence in Rishi Sunak’s address to the House of Commons on Wednesday, which outlined measures including a partial public sector pay freeze and a cut in international aid. 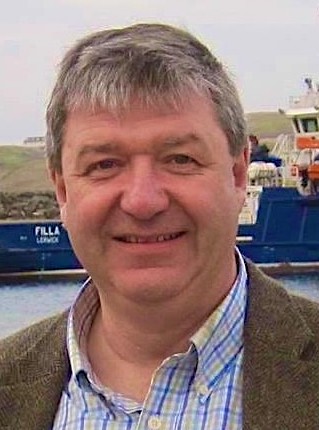 The chancellor said £280bn of extra spending in this financial year to tackle the pandemic – on a day when the UK recorded a second-wave peak of 696 Covid deaths – would be followed by a further £55bn in 2021/22.

Much of that will go on vaccines, testing, PPE, reducing a lengthy NHS backlog and subsidising fare-deprived railways.

But Carmichael said there was no reference to helping those excluded from pandemic economic support or to address the impact of the EU transition concluding in just 37 days.

“Instead in too many areas we are seeing a retreat in ambition from the government disguised by warm words.

“Freezing public sector pay, even with mitigations for the low-paid, is not right at this time. We need to invest in people, not vanity projects, in order to recover strongly in the coming months.

“What we did not hear was as significant as what we did. There was no mention of support for businesses to mitigate the impact of new trade barriers as we leave the EU transition in January.

“Once again the Chancellor missed the opportunity to give any scrap of support for the three million people left out from economic support to date. Their continuing exclusion is a national scandal that has never been addressed even while the Tories have handed out waves of cash to politically connected companies and consultants.

“On the world stage, slashing the international development budget is short-sighted. The UK’s commitment to spending 0.7 per cent of our GDP on aid was world-leading and a symbol of our global vision.”

Carmichael’s words on public sector pay were echoed by key public services union UNISON, which described the freeze – which most health workers including doctors and nurses are exempt from – as a “kick in the teeth” to other key workers.

UNISON is urging the Scottish Government – which the Chancellor said would receive £2.4 billion in additional funding under the Barnett formula – to take a different approach.

Halcro Johnston also highlighted a “significant” decision to “accelerate the roll-out” of a £100 million islands growth deal, which will see the UK and Scottish governments contribute an equal share of funding.

Worth having conversation on fixed links, government’s Scotland minister says