SCOTTISH Water has apologised to customers in Lerwick who lost their water supply in the town on Saturday morning.

The problems started at around 7am when people living in the higher parts of Lerwick started losing their water supply.

The utility said the loss of service was due to a fault in one of the local drinking water storage tanks.

A company spokesperson said: “Our local team responded quickly to resolve an issue affecting one of the drinking water storage tanks that serves the town and to support the restoration of supply to affected homes by mid-morning.

“During and after the recovery of the water network, some customers experienced intermittent pressure or discoloured water, caused by the disturbance to normal flows. We would like to thank customers for their patience while our team worked to resolve these issues over the course of the day.”

LOCAL renewable energy projects, including Viking Energy, the two Peel wind farm projects in Yell and outside Lerwick as well as Nova Innovation’s ongoing work on its tidal array in Bluemull Sound are expected to bid for a slice of government subsidy.

The fourth round of what is known as Contracts for Difference (CfD) opened on Monday. The auction will close on 14 January with successful bidders expected to be announced in spring/summer 2022.

For the first time in the history of the CfD process £75 million annually has been ringfenced to allow ‘emerging’ technologies such as remote island wind and tidal to compete for government funds.

Within the £75 million pot for emerging technologies, £20 million has been earmarked for tidal stream projects.

Overall, the UK Government hopes to encourage the creation of 12GW of new electricity capacity, most of which will be created in large offshore wind farms, which will be supported with up to £200 million annually.

The winning entry in the competition will be included in a new book to be published early next year to mark the 75th anniversary of the association.

SFA policy officer Sheila Keith said: “We would like to draw on the fantastic photographic skills that are so evident in Shetland, not least among our own fishermen, and are looking for a really cracking image for inclusion in the book.”

Entries should be creative, well-composed and taken with a good quality camera (20 megapixels or more) and not a phone. Key technical specifications are a resolution of 300 dpi and a file size of greater than 2MB.

Entries should be sent to sheila@shetlandfishermen.com. The closing date is 31 January 2022. 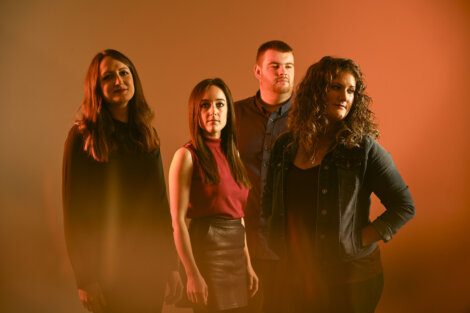 TICKETS are now on sale for an evening with Fara, Scots Trad Music Award’s Live Act of the Year, who will play at Mareel on 10 February.

The four-piece band will head north with fresh music, new stories and their third studio album.

Kristan Harvey, Jeana Leslie and Catriona Price, all on fiddles, and Rory Matheson on piano produce a fiery sound rooted strongly in their upbringing among the music of Orkney and Assynt.

WITH SHETLAND Islands Council’s leader and convener confirming their plans not to stand in the May election, there will be change at the top in the chamber. But Steven Coutts (Shetland West) and Malcolm Bell (Lerwick North) are not the only senior members deciding to call time on their council career, with experienced development committee […] Shetland News …

A TWENTY nine year old man who took video footage of himself viewing child pornography on his computer has had sentence deferred for a criminal justice report. Nathan Bryant, of Lerwick’s Burnside, admitted taking or permitting to be taken indecent photographs of children at his home address between June 2014 and September 2020. Procurator fiscal […] Shetland News …