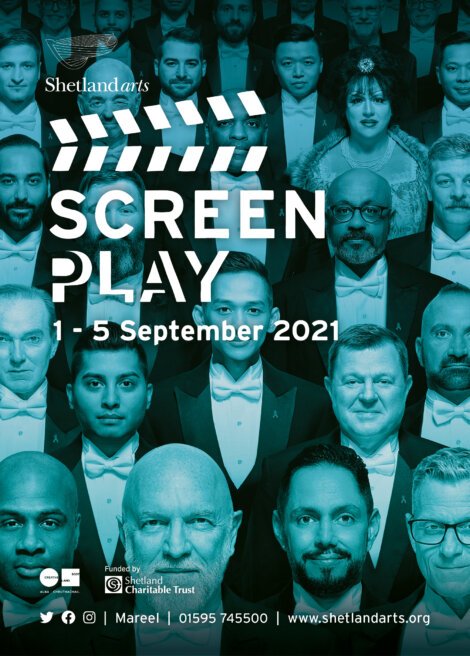 ALTHOUGH the 2021 festival is shorter in duration than in previous years, it makes up for it in the quality and substance of the films; bringing the voices of peoples from across the world, uniting a global community centred upon cultural uniqueness and diversity.

After a year of lockdowns and Covid scares, it is indeed a blessing that Screenplay is open for business. The cathartic experience of storytelling in the dark, which films bring to us, are food for our souls, at a time when we can reflect on all that is happening in the world and how we can respond.

“Screenplay is about saying welcome back, we’re still here in all our international glory,” she says.

“It’s strange not having many guests and not having the usual film quiz and other great experiences we usually have. But a festival for me is that we are all in and we’re all together.

“It’s strange having to rely on the internet for our Q&As with our guests but on the flipside without the internet and things like Zoom we would never have been able to have acclaimed Director Guillermo del Toro here talking to us who lives in Los Angeles and who would have been impossible to fly here from so far.”

Guillermo’s film The Devil’s Backbone showed on Friday and gave the audience a chance to hear about his lifelong fascination with monsters and that he has been “obsessed with death since six years old!”

Tying in with the Hispanic thread of the festival, Toro’s film stands alongside the good-hearted romantic comedy Rosa’s Wedding and the scary Argentinian thriller A Common Crime.

Reflecting on life during the Covid pandemic, photographer Alastair Morrison’s A Time to Pause is a landmark in contemporary photographic portraiture.

Created during lockdown using Instagram and Zoom as platforms to communicate he reached out to 1,000 people from around 100 countries.

Each person had their portrait taken by pointing a camera at the computer screen, and the film juxtaposes these images with very moving conversation as each person wrestles with the changes that Covid has bought to the global landscape.

Some of the participants travelled to Shetland for Screenplay such as a frontline nurse from Alabama and an intensive care worker from London each telling very moving real life stories in the film.

Amongst other international guests attending are brothers Alexander Peterson and Thomas Sundal, from Bergen, Norway, who have been attending Screenplay every year for the last six years. On Alexander’s first visit to Screenplay in 2015, he interviewed curator Mark Kermode on behalf of the Norwegian Association of Disabled to find out more about disability in the film industry.

Whilst drinking coffee in the Mareel café and in-between film screenings, Alexander remembers how on his first visit to Shetland “all the volunteers took care of me.

“Now when I come back it feels like visiting family because it’s so small and lovely that the festival is all in one place.

“In other years pre-Covid when celebrity guests came, everyone would hang out together and join in the party and you would look outside the window and see seals and otters which is very special for a film festival.” 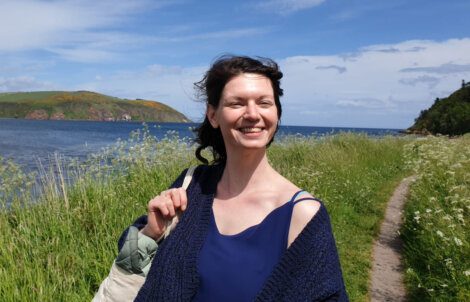 Down on the Farm is another main feature of Screenplay; four documentaries that raise questions of food sustainability and food security in traditional communities struggling to maintain their identity and existence against the encroaching, homogenising forces of globalisation.

One of these, Grenada and the Goats by Shetland born Aidan Nicol, delves into the ups and downs of farming goats on the Caribbean island of Grenada, a country often devastated by hurricanes where almost 50 per cent of food is imported. Aidan shows how one farm is making goats cheese and being a model for small-scale dairy farmers.

She describes how she realised that “supporting local production is more than simply buying the product. It’s about supporting the people behind it and putting your money into something that is going to come back around in a circular way.

“Compared to Shetland the climate in Grenada is lush and has a lot of wild food growing so it seemed crazy they were relying on imported food. I compare this to Shetland which has a harsher climate but where there is also a huge reliance on imported food in order to survive.”

There are many parallels to Shetland’s sustainability in Down on the Farm. The film The Last Autumn is a superb reflection of how rural communities are becoming more unsustainable financially and therefore finding it impossible to survive. 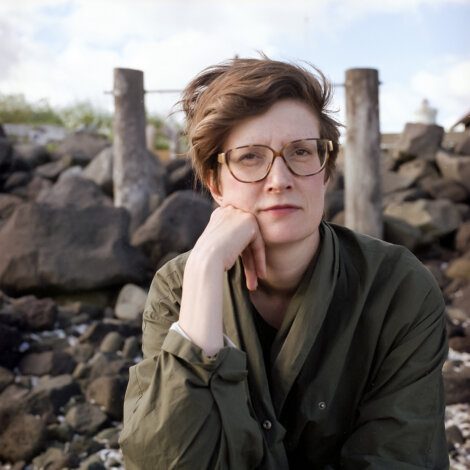 Shot on 60mm film The Last Autumn has a grainy, textured feel showing how a remote parish, Arneshreppur, in northern Iceland, has been pushed to the edge of survival. Centred on elderly sheep farmer Ulfar and his wife Oddny the film shows how small-scale sheep farming is no longer financially viable for the handful of families living in the community.

For director Yrsa Rosa Fannberg something crucial is being lost.

“The world has veered to such a place where there is not much room for small scale and that is my main sadness about it. There is something lost.

“But yet somehow it was important to show that all the memories, the history lives on into the next generation and it will transform. Things change and things are reborn.”

The narrative of the radio playing in the background of Ulfar’s house brilliantly highlights the themes of the film. The presenters voice commenting how, “history always repeats itself, like a spiral, human cycles of change.”

As the seasons and cycles of human time constantly revolve in never-ending spirals, Screenplay gives audiences a moment in time to pause and reflect on how to celebrate life in the midst of difficulties.

Summed up so beautifully by Ulfar’s daughter in conversation with her father when she comments that “it is beautiful to sustain life even if it’s not for yourself.”