IT IS difficult to think of any policy area in which power has been devolved downwards from Edinburgh. 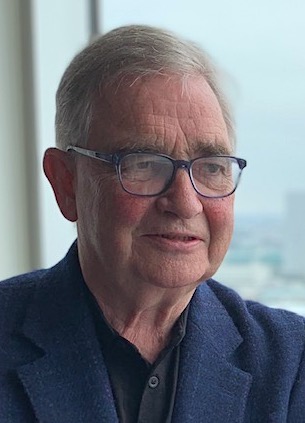 A major tool in achieving this outcome has been the shackling of quangos.  Where once there were strong voices prepared to speak out for regions or economic sectors within Scotland, there are now faceless hacks who shuffle from one quango to the next, or preferably several at the same time.

The prime qualification for any quango role is that the quangoteer has challenged nothing in his or her previous one. Highlands and Islands Airports is a prime example – a fact that is at the heart of its current mismanagement and thirst for conflict with employees.

Until quite recently, HIAL was an organisation firmly rooted in the Highlands and Islands with close links into the communities it served.  The airports were there long before HIAL and are, without exception, valued local assets, rich in history and character. They are respected, not least as providers of high quality local employment. Local people doing vital local jobs.

When Sandy Matheson made his debut as HIAL chairman before a Holyrood committee in 2001, he said: “HIAL can not only deliver safe, affordable, efficient and cost-effective services, but encourage social and economic development in the Highlands and Islands and consider means of countering remoteness, supporting fragile economies and reversing depopulation.

“I believe strongly in that, and make it one of my objectives as chair of HIAL (…). I believe that HIAL is a key player in the development, in the widest sense, of the Highlands and Islands”.

It is inconceivable that anyone associated with HIAL would speak in these terms today, or even know what he was talking about.

The show is run by a product of the Stagecoach bus company, Inglis Lyon, who brought with him the ruthless management style in which that unpleasant company prided itself.

If ever there was an ambitious middle manager in need of a strong board to control him, it is Mr Lyon. Instead, he has a board which knows and cares nothing for the noble aims defined by Sandy Matheson.

The chair is Lorna Jack who has been a HIAL board member since March 2014.  Ms Jack’s day job is as chief executive of the Law Society of Scotland, based in Edinburgh. There is no suggestion of any connection with the Highlands and Islands other than to chair one of the most important quangos affecting the region.

However, Ms Jack is a fully paid-up member of the quango circuit – any old quango will do. She also manages to fit in the Scottish Funding Council which doles out money to universities and colleges.  Due to leave the Law Society at the end of this year, further quangos are doubtless beckoning. Ms Jack, we can be rest assured, will not be rocking any boats meantime.

The other non-executive directors of HIAL are an odd collection with only one obvious thing in common – apart from picking up their quango fees, they have absolutely nothing to do with the Highlands and Islands, personally, culturally, economically.  There is no evidence of any first-hand knowledge of any of the places served by HIAL.

So who are they? Their biographical summaries from HIAL’s web-site inform us that

Even by the standards of the SNP’s Quango Scotland, it is bizarre assembly of people to end up with responsibility for running airports in the Highlands and Islands of Scotland.  Paris… Madrid … the Channel Islands … Cumbria … South Africa.

Not one of them has anything in their CV which suggests any connection to, or knowledge of, the Highlands and Islands.

The critical point is that to the Scottish Government, and particularly the civil servants who control quango appointments, that is not seen as a handicap but an essential qualification. The last people they want anywhere near running these things are the natives – just as with CalMac and CMAL.

So to whom do the air traffic controllers turn?

Ministers who won’t speak to them? A chair who knows her next quango job depends on keeping her nose clean? A board of complete strangers who know nothing and care less about the communities involved?  A managing director who has free rein to drive what is widely regarded as his own vanity project?

Welcome to the New Scottish Democracy. Maybe the old one wasn’t so bad.

Brian Wilson is a former Labour business and trade minister and was the MP for Cunninghame North (now North Ayrshire and Arran) from 1987 to 2005. He now lives in Lewis in the Western Isles.

Party politics in the council chamber? Surely not!