GREEN candidate for the Shetland West by-election Debra Nicolson says she will be “going out to win” the contest.

She said she “won’t be sit back and think it’s a foregone conclusion”.

In something of a streamlined re-run of May’s main election, Nicolson will again come up against the independent Mark Robinson and SNP candidate Zara Pennington. 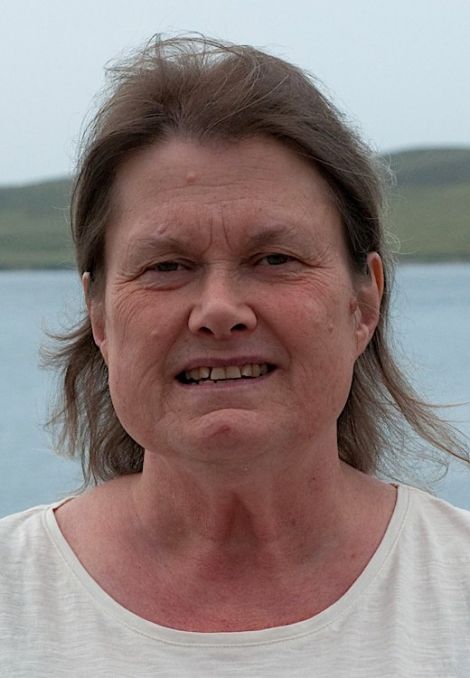 Robinson narrowly missed out on being elected that time around, and his performance against his competitors suggest he will be the frontrunner in November’s by-election.

But Nicolson said: “You never know until the polls close.”

The Green candidate came fourth out of seven in May’s election, with 9.1 per cent of first preference votes.

The by-election is taking place due to the resignation of John Leask as a result of other work commitments only months after he was elected.

Nicolson’s campaign topics will be largely similar to what she ran on in May’s local government election.

“I’m going to carry on campaigning for better mental health provision anyway,” she said, “but if I get into council, I would do that both at local and national government level, because I think good mental health is important for everyone.”

Transport – “you can’t get a bus from the Westside into Lerwick on a Sunday” – and food security are some of the other issues on her agenda.

Meanwhile on the cost of living and energy crisis Nicolson said it is important to encourage more people to look at what funding is available for insulation and heating.

“If we can get a lot of houses better insulated, that is bringing the cost of the energy down,” she said.

With seven candidates vying for the ward’s two seats in May, the Westside by-election is likely to be a somewhat quieter affair.

“With only three candidates, it gives people a contest and it gives them people to vote for,” Nicolson said. “I think it’s great that the three of us are standing.”

The by-election will take place on 17 November, with the results due the following day.

Shetland could be at the heart of the energy transition but time is of the essence, green energy developer insists